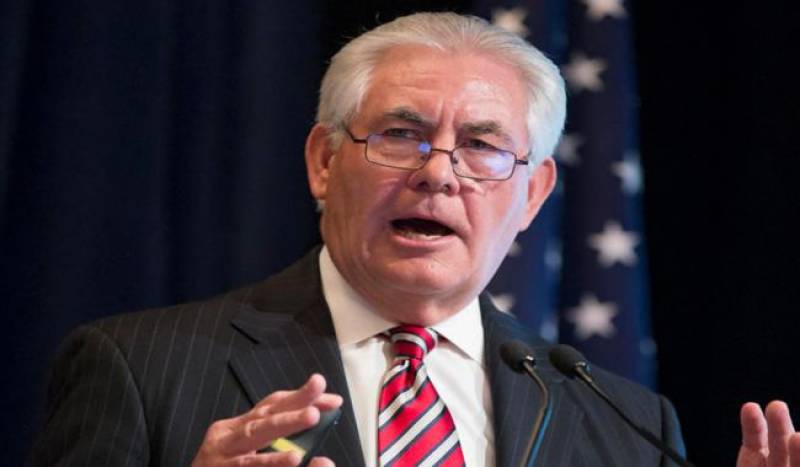 WASHINGTON: Secretary of State Rex Tillerson warned Tuesday that Pakistan´s privileged status as a major non-NATO US ally could be in question if it continues to give safe haven to extremists.

"We have some leverage," Tillerson told reporters, "in terms of aid, their status as a non-NATO alliance partner -- all of that can be put on the table."

Pakistan is one of 16 countries to currently enjoy "major non-NATO ally" status, which is not a mutual defense pact like the Atlantic alliance, but allows close military cooperation.

On Monday, President Donald Trump sternly rebuked Pakistan for supporting groups like the Taliban and the Haqqani network, which launch cross-border raids on US and Afghan troops.

And he suggested Pakistan will suffer consequences if it does not get behind a renewed US effort to help Kabul repel the Taliban and force them to negotiate a political settlement.

On Tuesday, Tillerson met journalists to brief them on the details of the strategy, and to lay out what Islamabad might expect if it does not fall into line.

"The president has been clear that we are going to attack terrorists wherever they live," Tillerson said.

"We have put people on notice that if you´re providing safe haven to terrorists, be warned -- we are going to engage those providing

safe haven and ask them to change what they are doing."

And Tillerson added that, aside from the Afghan people, Pakistan has more to gain "than any other nation" from an end to the fighting.