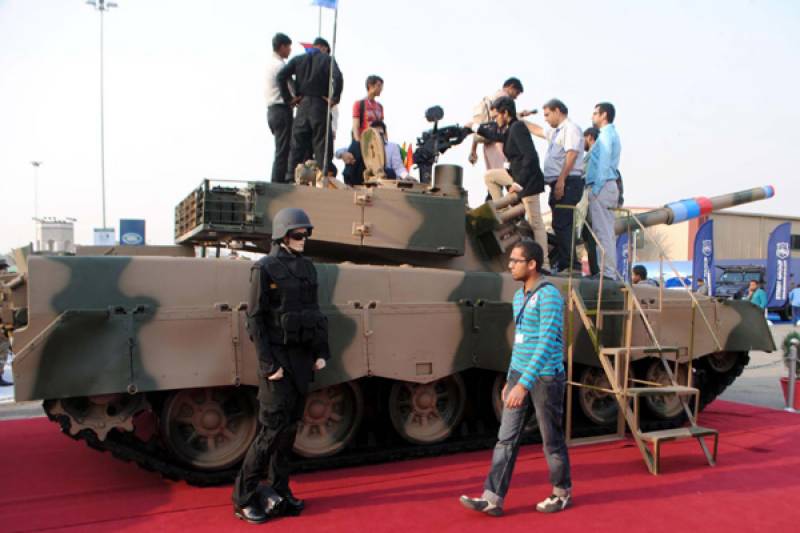 In an exclusive interview with APP on the eve of the 25th Anniversary of Independence of Ukraine falling on Thursday, he said, “We hope that Pakistani Ukrainian friendship will grow, we getting more comprehensive relations covering all other areas not only business, culture but people to people cooperation.”

To a question, he said the relations between the two countries were likely to get more dynamics with signing of various new agreements, conventions and setting up of commissions.

Those efforts, he said, would not only bring both the countriescloser but would also assist in making them close partners to achieve economic prosperity and stability.“We see relations with Pakistan getting stronger, more beautiful and more distinctive.” Both countries, he added, primarily needed to intensifythe political contacts, formation of a proper legal base for cooperationin the spheres of trade, investments, finance, transport, and launching productive inter-regional and industrial cooperation.

He said despite the obstruction of Moscow, the Free Trade Agreementof Ukraine with the European Union would become effective that couldbring new benefits for Ukraine-Pakistan trade. He said it would opennew avenues for the investors of the two countries and help Pakistani products to reach European market through Ukraine.

“We praise the distinguished gains in our outstanding mutually beneficial trade and economic cooperation between Ukraine and Pakistanand we are very much optimistic about its future.”

The ambassador said the volume of trade between Ukraine and Pakistanin the year 2014 reached its historical maximum of US$ 498 million(52.4% increase compared to the year 2013). Export of Ukrainian goodsto Pakistan amounted to US$ 397.5 million, imports of goods –US$ 100.8 million, with positive trade balance for Ukraine to the tuneof US$ 297 million.

Talking in detail about the linkage of Pakistani universities tothe universities of Ukraine for setting strong foundation of bilateral relations between the people of the two countries, he said through a survey the students of important universities in Ukraine were asked to identify Pakistani products in their nearest super stores. They found Pakistani Basmati rice, Kinno, mango and textile products easilyavailable in every super store near their educational institution.

It reflected that Ukrainian people were familiar with Pakistan and its products, he added. Replying to a question, Volodymyr Lakomov said Ukrainian businessmen were working on opening super stores in major cities of Pakistan to introduce Ukrainian products.

Responding to a query, he said Ukrainian machinery and engines wereof high quality and cheaper than other competitors.

Ukraine, he said, specially appreciated an outstanding cooperationwith Pakistan in the military and technical field, which would proceedand actively develop in future.“IDEAS – 2014” International Defence Exhibition and Seminar inDecember of 2014 was marked by a distinguished high-level meeting of the Head of the State Concern “Ukroboronprom”, Roman Romanov with the then Prime Minister of the Islamic Republic of Pakistan in Karachi.

The stall of the Ukrainian defense industry at “IDEAS –2014” was declared one of the best and was awarded, he said.

He said the Ukrainians assisted to develop the key industries and national economy of Pakistan in 1960-70’s. The Karachi Steel Mills,which remained the largest in Pakistan, a number of powerful hydrostations in Tarbela and others were built in that period, as well asthe large pack of Ukraine agricultural machinery and trucks was deliveredto Pakistan.

He said after getting independence on the 24th of August, 1991, the Islamic Republic of Pakistan officially recognized the Ukrainian Stateon the 31st of December, 1991, and both the sides establisheddiplomatic relations on March 16, 1992.

The ambassador maintained that for two decades there had beenpolitical dialogue between Ukraine and Pakistan and that had becomeregular.

About the political turmoil in his country, Ambassador VolodymyrLakomov said Ukrainian independence in the newest history dated back tothat year of 1991, when on the 24th of August the Parliament ofUkrainian Soviet Socialist Republic declared independence of Ukraine, finally bringing the juridical existence of Ukrainian Soviet Socialist Republic to an end to give the way to Sovereign Ukrainian State basedupon democracy and human rights.

“After hundreds and decades of thorny history of Ukraine, havinglost precious lives and blood of our people, especially in the 20thcentury during Stalin’s genocide against Ukraine artificial “Hunger-Holodomor of 1932¬-1933″, then political repressions by the Soviets, World War II and the largest in human history catastropherelated to nuclear power of Chernobyl in 1986, Russian aggression todayhas become a special and strong catalyst of our unity,” he remarked.

To a query, he said the Russian illegal annexation of the Ukrainian Crimean peninsula and its support of armed terrorist and separatist unitsin the Eastern Ukrainian region of Donbas, had demonstrated a blunt violation by Russia of core principles of International Law. Thousands of Russian soldiers and mercenaries, tanks and other heavy weapons delivered through the border impossible to hide, he added.

He said the violation of the UN Charter and the Helsinki Final Act of August 1, 1975, posed risk of disturbance of balance in the entireinternational security architecture.“Ukraine is fully committed to the process of peaceful settlement ofthe Donbas crisis and sees no alternative instrument for the achievement of peace than the Minsk agreements.”