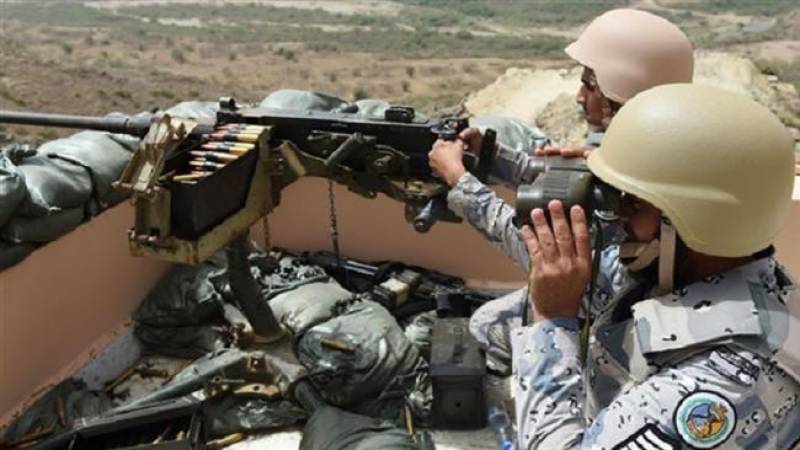 Two Saudi soldiers have been killed when the Yemeni army and fighters from the allied Popular Committees launched an attack against the kingdom’s southwestern border region of Jizan in retaliation for the Riyadh regime’s campaign against the impoverished Arab country.

An unnamed military source, speaking on condition of anonymity, told Arabic-language al-Masirah television network that Yemeni snipers fatally wounded the soldiers in the Saudi military outpost of al-Maridhah on Tuesday, a day after sharpshooters killed another Saudi soldier in al-Zaqilah military base in the same region.

The source added that the artillery of the national forces also shelled gatherings of Saudi forces in several military bases and outposts, including al-Sharhawi and Nashaw, across the region’s border areas. Furthermore, Yemeni forces fired Katyusha rockets against gatherings of Saudi troops and military hardware and vehicles in the southern region of Nagran.

Back in April, Arabic-language Yemen Watch news agency reported that in the first quarter of this year, Yemeni forces had killed a total of 119 Saudi soldiers. Most of the operations were conducted in Jizan, where a total of 74 Saudi soldiers were slain. Thirty-five and 10 other Saudi troops were killed in Najran and Asir regions, respectively.

A report by Reuters published in April last year revealed that at least 400 Saudi soldiers had been killed in the cross-border fire since the start of the Saudi campaign in March 2015. Riyadh has maintained a policy of ambiguity regarding its casualties in the war on Yemen. Senior military officials have said that they would not release such information until after the campaign.

Over the past two and a half years, Yemen has been under heavy airstrikes by Saudi Arabia’s warplanes as part of a brutal war against the Arabian Peninsula country in an attempt to crush the popular Houthi Ansarullah movement and reinstall the former president, Abd Rabbuh Mansur Hadi, a staunch ally of Riyadh. More than 12,000 people have been killed since the onset of the campaign, and much of the country's infrastructure, including hospitals, schools and factories, has been ravaged.

The Saudi war has also triggered a deadly cholera epidemic across Yemen.

On August 14, the World Health Organization announced that a total of 503,484 cases, suspected to be infected with cholera, and 1,975 deaths, attributable to the outbreak, had been documented in Yemen since late April. The world body has on several occasions warned about the growing cholera epidemic and a looming famine in the impoverished country.