Shahid Afridi hits one of the fastest century in English County
23 Aug, 2017 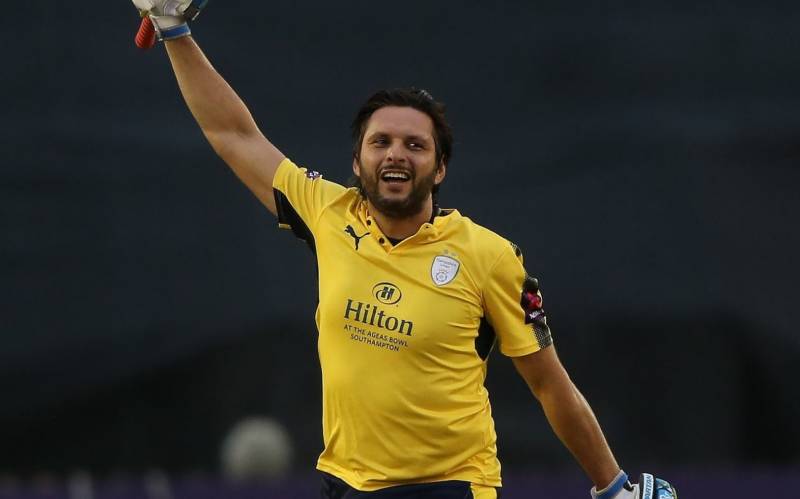 Shahid Afridi exploited Derbyshire’s lack of big-time experience - it was their first T20 quarter-final since 2005 - to propel far more seasoned Hampshire into T20 finals day at Edgbaston on 2 September. Afridi, the former Pakistan captain, promoted to open, hit one of the fastest centuries made in the NatWest Blast off 42 balls.

Afridi, almost indisputably the best hitter Pakistan have produced, never let Derbyshire’s nerves settle. Their opening gambit of using Wayne Madsen’s slow offbreaks for the first over had been working against hesitant county batsmen but the belligerent 37 year-old swept and drove four fours - and Derbyshire’s game-plan unravelled from there.

Afridi smote ten fours and seven sixes to finish with 101 off 43 balls. Derbyshire had prepared a green seaming track for their seamers but under Afridi’s assault they lost their length and pitched far too full - and, strangely, their only seamer of much international experience, Matt Henry of New Zealand, did not bowl a single over in the six-over Powerplay, and did not bowl his second over until the 13th of the innings, when he had Afridi caught at long-leg off a top-edged hook.