National Security Committee to meet in backdrop of US threats to Pakistan
23 Aug, 2017 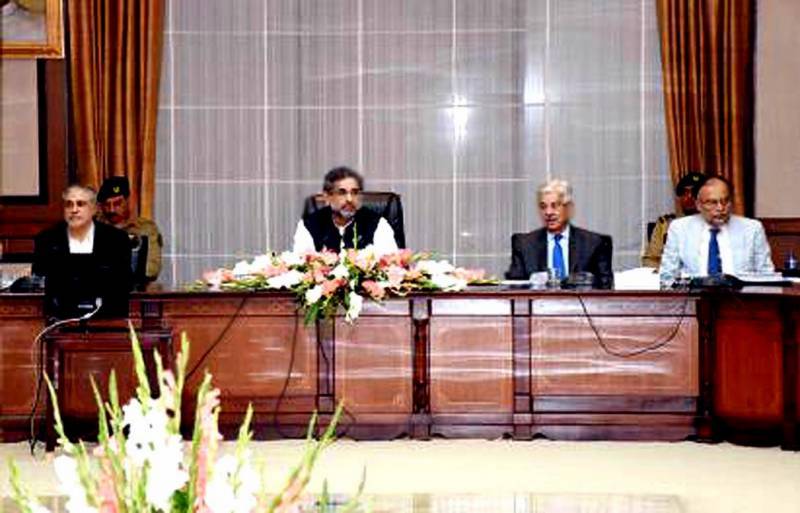 Pakistan has expressed disappointment that the US policy statement on Afghanistan and South Asia ignores the enormous sacrifices rendered by Pakistani nation in the war against terror.

The new US strategy was discussed in the cabinet meeting on Tuesday night wherein the Prime Minister was mandated to take up the issue in the meeting of the National Security Committee for a comprehensive policy response.

However, in the preliminary response, Foreign Office has drawn attention to the fact that no country in the world has done more than Pakistan to counter the menace of terrorism.

The statement says Pakistan will continue to be part of the global counter terrorism efforts.

It emphasized that threat to peace and security cannot be isolated from the complex interplay of geopolitics, continued existence of festering disputes and pursuit of hegemonic policies. Non-resolution of the Jammu and Kashmir dispute remains the primary obstacle to peace and stability in the region.

The statement said Pakistan is committed to working with the international community towards the common objective of defeating the forces of terrorism and to promote peace and stability in the South Asian region.