By strengthening ties with India, US has undermined chances of breakthrough with Pakistan
23 Aug, 2017 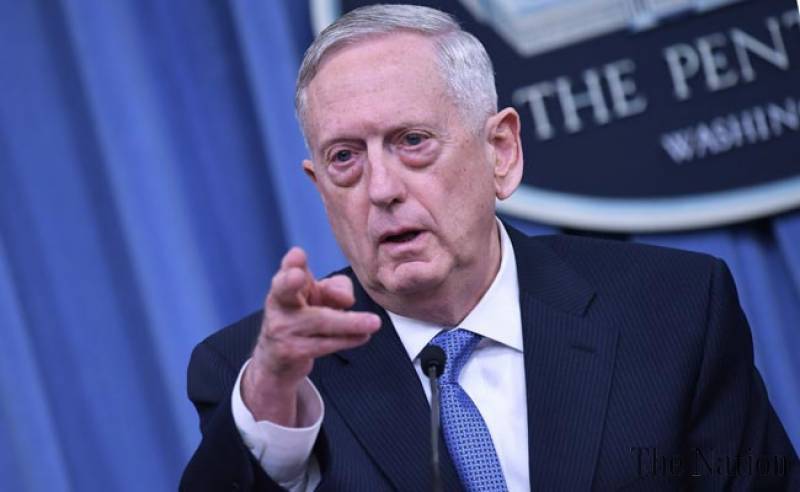 US Defense Secretary James Mattis said on Tuesday he was waiting for a plan from the chairman of the Joint Chiefs of Staff that follows President Donald Trump's South Asia strategy before he makes a decision on how many additional troops to send to Afghanistan.

"When he brings that to me, I will determine how many more we need to send in," Mattis told reporters during a visit to Baghdad. "It may or may not the number that is bandied about."

US officials have said Trump has given Mattis the authority to send about 4,000 additional troops to add to the roughly 8,400 already in Afghanistan.

In a speech on Monday, Trump offered few specifics but promised a stepped-up military campaign against Taliban insurgents who have gained ground against US-backed government forces in Afghanistan.

"We are not nation-building. We are killing terrorists," he said in a prime-time televised address at a military base outside Washington.

Mattis said lessons learned from fighting Islamic State in Iraq would be used in Afghanistan.

When asked how Trump's strategy would differ from those of previous administrations, he said the approach would be broader but provided no specifics.

"There is a broader approach to this and it all comes down to the execution and we will have to stand and deliver on this. ... I understand the question, you'll just have to watch it unfold to really get the answer to it," Mattis said.

US officials have told Reuters in the past that possible Trump administration responses included expanding US drone strikes, redirecting or withholding some aid to Pakistan and downgrading Pakistan's status as a major non-NATO ally.

Experts say that for years US efforts to curb Pakistan's support for militant groups have failed and that further strengthening US ties to India, Pakistan's arch-enemy, undermine chances of a breakthrough with Islamabad.

"(Trump) demanded strategic shifts in Pakistan without credible carrots or sticks while utterly ignoring the rest of the major regional players like China, Iran and Russia that back Pakistan's approach," said Sameer Lalwani, a senior associate at the Stimson Center think tank.