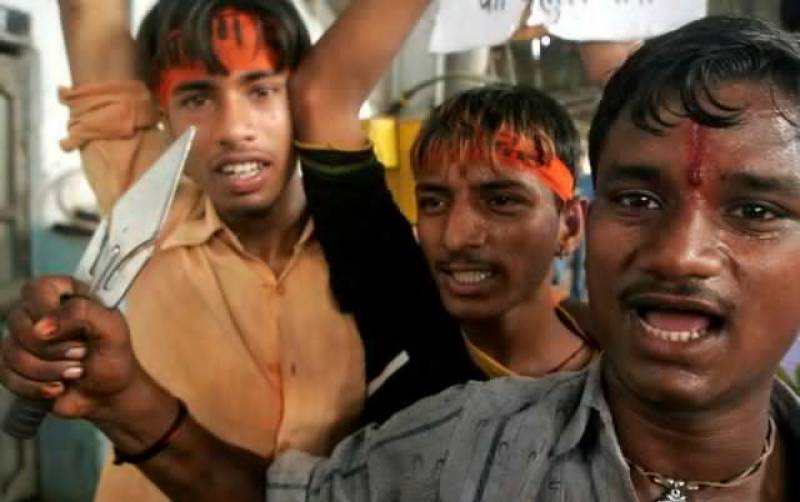 Three Muslim men were injured on Saturday night after a group of Hindu people, including animal right activists, beat them up in south Delhi’s Kalkaji for transporting buffaloes in a cruel manner, police said.

The three were admitted to AIIMS Trauma Centre from where they were discharged after medical attention early today.

“It was not a matter of illegal transportation of cattle but carrying them in a cruel and inhuman manner,” deputy commissioner of police (southeast) Romil Baaniya said today.

Two FIRs were registered. One against the three men for cruelty towards animals and the other, for the assault against them.

Fourteen buffaloes being taken to Ghazipur, Delhi’s only slaughterhouse and biggest wholesale meat market, were rescued and the vehicle seized, Baaniya said.

He identified the injured as Rizwan, Kamil, residents of Pataudi in Haryana, and Ashu from Mathura in Uttar Pradesh.

A patrol van with emergency response vehicle reached Kalkaji and found a tempo loaded with buffaloes parked on the roadside, the DCP said.

Five to six PFA activists were there and had beaten up the three occupants of the tempo. Personnel from the Kalkaji police station, too, reached the spot and cleared the traffic that was blocked due to the commotion, he said.

“The injured were shifted to the hospital. They suffered simple injuries on face and lips,” the DCP said, adding the PFA members left without filing a complaint.