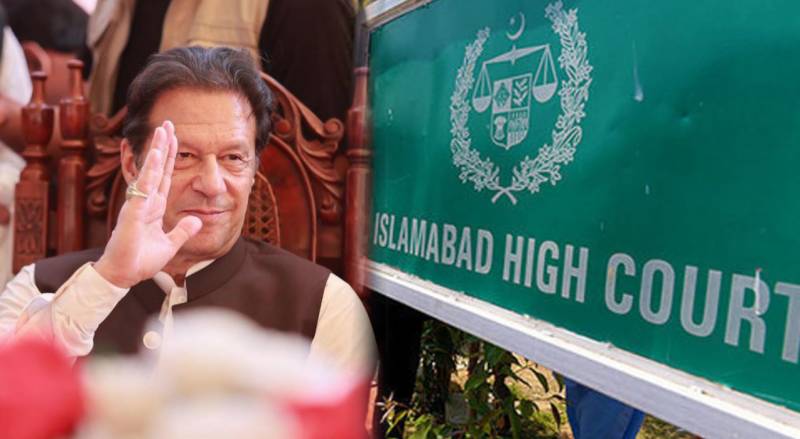 ISLAMABAD – The Islamabad High Court has deferred contempt proceedings against former Pakistani PM Imran Khan after the defiant politician expressed willingness to apologize to Additional District and Sessions Judge Zeba Chaudhry for his remarks in the Islamabad rally.

Earlier, the PTI chief reached Islamabad High Court for indictment in the contempt of court case registered against him for threatening Additional District and Sessions Judge Zeba Chaudhry.

During the hearing, the former premier was called to the stand and before the judge read the charges, Khan's lawyer said that his client wants to say something to the court.

As the court allowed PTI chief, he mentioned that he never intended to commit contempt of court, saying he sat through two hearings and wanted to say something earlier but did not get the opportunity.

Khan said he is willing to go to the judge and apologize for his remarks,the court then allowed PTI chief to submit an affidavit so that it can be included in their decision.