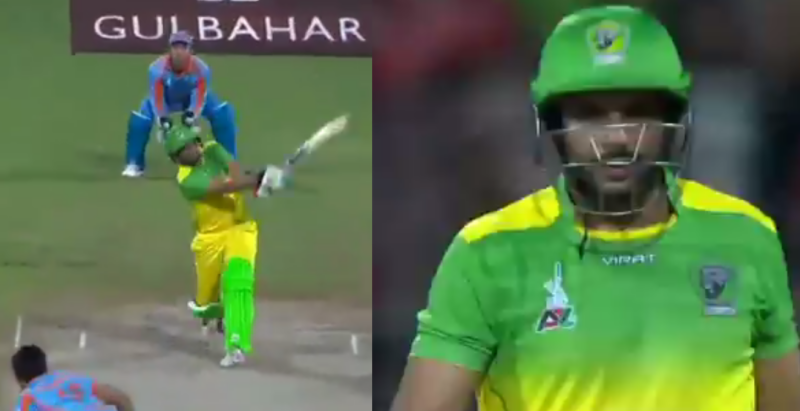 ISLAMABAD - Pakistani cricketer Shahid Afridi has been making headlines in the game of cricket. He is presently part of the Afghanistan Premier League (APL) 2018, playing for the Paktia Panthers.

In the second semi-final match against Kabul Zawan on Saturday in Sharjah, Afridi smashed a huge six to send the ball outside of the park. He scored 27 runs off 16 balls.

It was in the 10th over of Panthers’ innings and Musa was into the attack against Afridi. Off the final delivery of the over, he placed it little up in length and kept it outside off stump. The ball was well inside Afid hitting arc as he ramped it up high and over deep mid-wicket sending the ball sailing outside the stadium.

Earlier in his innings, he was left clueless by Rashid Khan, the cricketer to idolises the veteran cricketer. The Pupil-Master contest in the fifth over ended with a dot, dot, single, wide, single, dot, and a dot – adding up to three runs only.