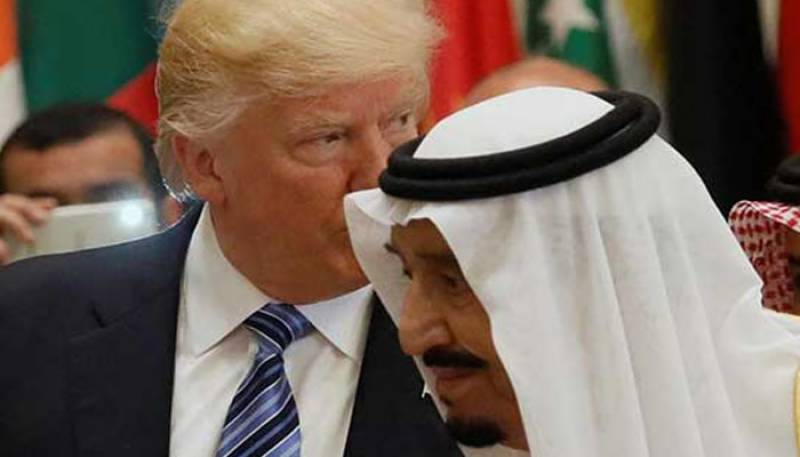 *WASHINGTON: US President Donald Trump has accused Saudi Arabia of lying about the killing of Jamal Khashoggi, his strongest comments to date on the affair as pressure was building Sunday on the administration to strike a tougher line.*

In an interview with the Washington Post published late Saturday, Trump stepped back from his stance that Saudi Arabia’s latest explanation for the death of the journalist inside their Istanbul consulate was credible, but said he remained confident in the leadership of Crown Prince Mohammed bin Salman.

"Obviously there’s been deception and there’s been lies," he said of the shifting accounts offered by Riyadh. "Their stories are all over the place," added Trump.

Saudi Arabia faced a growing chorus of incredulity on Sunday, with world powers demanding answers. Closer to home, pressure continued to grow on Trump to take a stronger stance against Saudi Arabia, the world’s biggest oil exporter and a key regional power. Trump emphasised as he has before how important the US-Saudi relationship is to Washington’s regional strategic goals. He described the 33-year-old prince, widely known as MBS, as a "strong person; he has very good control."

"He’s seen as a person who can keep things under check," added Trump. "I mean that in a positive way." Trump added that he has yet to be shown any evidence by intelligence officials that would make him believe MBS had any direct role.

"Nobody has told me he’s responsible. Nobody has told me he’s not responsible. We haven’t reached that point. I haven’t heard either way," the president said. "There is a possibility he found out about it afterward. It could be something in the building went badly awry. It could be that´s when he found out about it. He could have known they were bringing him back to Saudi Arabia."

Amid Trump´s apparent equivocations, several key Republicans demanded a tougher stance. Meanwhile in Istanbul, Turkish President Recep Tayyip Erdogan vowed to reveal within days the "naked truth" over the death of journalist Jamal Khashoggi as Saudi foreign minister, Adel al-Jubeir, insisted on Sunday that crown prince was "not aware" of the killing and that the kingdom does not know where the body is.

Britain, France and Germany on Sunday said Saudi Arabia must clarify how dissident journalist Jamal Khashoggi died inside its Istanbul consulate, and its account must "be backed by facts to be considered credible".

"There remains an urgent need for clarification of exactly what happened on October 2nd -- beyond the hypotheses that have been raised so far in the Saudi investigation, which need to be backed by facts to be considered credible," the three countries said in a joint statement.

"We thus stress that more efforts are needed and expected towards establishing the truth in a comprehensive, transparent and credible manner," they added. "We will ultimately make our judgement based on the credibility of the further explanation we receive about what happened and our confidence that such a shameful event cannot and will not ever be repeated." - APP/AFP