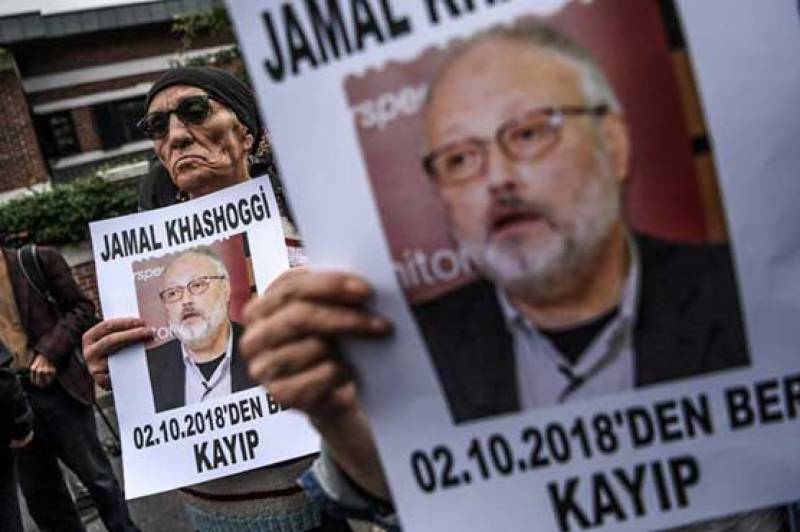 ISTANBUL - Turkey on Monday said that the murder of Jamal Khashoggi inside the Saudi consulate in Istanbul was "savagely planned" as pro-government media published new claims targeting powerful Crown Prince Mohammed bin Salman over the killing.

Upping the pressure on Riyadh, President Recep Tayyip Erdogan has vowed to reveal the "naked truth" on Tuesday about the Khashoggi case.

The Washington Post contributor, 59, was murdered almost three weeks ago after stepping inside the Saudi consulate in Istanbul.

After over two weeks of near silence, Saudi Arabia finally admitted Khashoggi was killed in the consulate but the kingdom s explanations are seen by friends and foes alike as contradictory and evasive.

The case has shone the spotlight on Crown Prince Mohammed. He has spearheaded a reform drive for the kingdom but now faces a stream of allegations -- denied by Riyadh -- that he ordered the killing of Khashoggi.

CNN International broadcast images it said showed a Saudi official playing the role of a body double for Khashoggi, wearing his clothes while leaving the consulate in an apparent bid to falsely show the journalist had left safely.

The spokesman of Erdogan s ruling party Omer Celik said the killing "was planned in an extremely savage manner". It was the first official indication that Ankara believes a murder plan was coordinated in advance. "We are faced with a situation where there has been a lot of effort to whitewash this," he complained.

One of Erdogan s advisors, Yasin Aktay, wrote in the Yeni Safak daily that the Saudi version given so far "feels like our intelligence is being mocked".

Turkish pro-government media kept up a steady stream of allegations, which analysts see as a tactic to increase the pressure on Riyadh by showing the evidence Turkey possesses.

Abdulkadir Selvi, whose Hurriyet newspaper columns are closely watched for indications of Erdogan s thinking, wrote that Khashogghi was slowly strangled to death for eight minutes and a Saudi forensic specialist then cut his body into 15 pieces while listening to music.

"We cannot close this file until the crown prince is brought to account and removed from his post. For 50 years we cannot live with a crown prince who is an enemy of Turkey," said Selvi.

Erdogan has stopped short of directly pointing the finger at Riyadh. Analysts say he preferred to authorise the leak of incriminating information to pro-government media to pressure the kingdom.

He has twice held telephone talks with King Salman on the crisis, with some analysts arguing Erdogan was seeking to preserve Turkish-Saudi relations through the ageing monarch while sidelining his headstrong son Prince Mohammed.

Saudi Foreign Minister Adel al-Jubeir, the smooth former envoy to Washington and fluent English speaker, on Sunday appeared on Fox News to blame a "rogue operation" by individuals who "exceeded their responsibilities" and then "tried to cover up for it".

Khashoggi went to the consulate on October 2 to get documents for his wedding to his Turkish fiancee, Hatice Cengiz. She has now been given 24-hour protection, according to Turkish state media.

The timing of the controversy could not be worse for the crown prince as he prepares to host a key investment summit on Tuesday, overshadowed by big name cancellations.

Dozens of executives from bankers Goldman Sachs and JP Morgan to ride-hailing app Uber to Western leaders like International Monetary Fund chief Christine Lagarde have pulled out of the three-day Future Investment Initiative (FII), dubbed "Davos in the desert".

Meanwhile German Chancellor Angela Merkel said Berlin would not export arms to Riyadh "in the current situation", despite Germany s approval last month of 416 million euros ($480 million) worth of arms exports to Saudi Arabia for 2018.