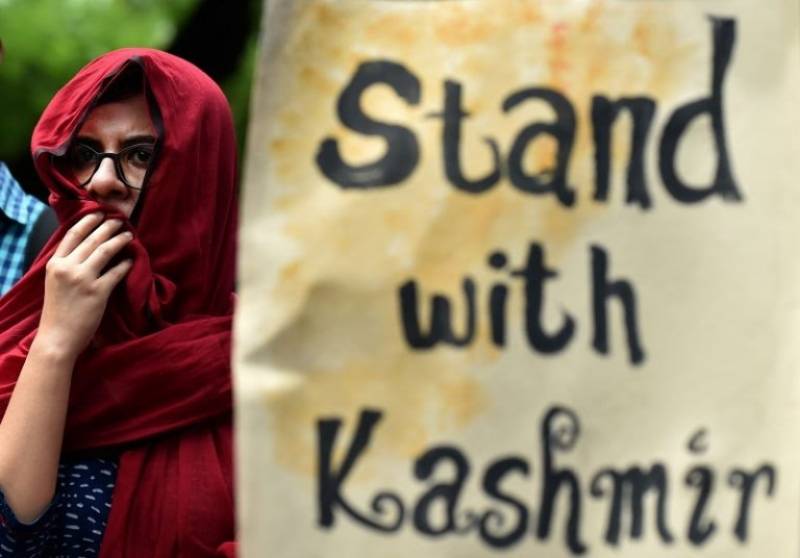 ISLAMABAD - Federal Minister for Kashmir Affairs and Gilgit-Baltistan Ali Amin Khan Gandapur on Monday said the government was planning to make a film on the Kashmir issue to unveil the ugly face of India and highlight every aspect of violence being perpetrated by Indian forces, including torture, rapes, kidnapping and killing of innocent Kashmiris.

The film dubbed in different languages would be released across the globe to expose the Indian brutalities and human rights violations in the held valley, he said talking to a news channel. The minister said minorities felt insecure in India because of Hindu Hindu extremists and zealots, who were out to persecute them at the behest of ruling party, which itself remained involved in the genocide of Muslims in Gujrat in the past.

As regards the Pakistan Tehreek-e-Insaf government’s 100-day plan, the minister said a survey was underway in Azad Jammu and Kashmir (AJK) and Gilgit-Baltistan to collect the data about the existing health and education facilities so that a roadmap might be devised to improve the same. The government was committed to resolve the problems of people and provide the basic facilities at their doorsteps, he added.

Gandapur said the federal government had set up a task-force for the development of tourism sector. The AJK and Gilgit Baltistan had many scenic spots, which if properly developed could attract millions of visitors from all over the world, he added.

Prime Minister Imran Khan was taking keen interest in the development of tourism sector, which would help project the positive image the of country, he said. The minister said a university was under construction in Muzaffarabad, while the federal government was planning to set up more higher education institutions and hospitals in different areas of the AJK.

He said it was the PTI’s manifesto to uplift the standard of living of people and alleviate poverty and the government was taking steps to achieve those objectives. All the available resources would be utilized for the people’s welfare, he added.

Gandapur strongly criticized the failed polices of the previous regimes, due to which the country was facing many economic challenges and seeking financial assistance from other countries. The government had to take difficult decisions to put the country back on path to development, he added.

To a question, he said the government had zero tolerance policy on corruption. All development projects in the AJK and Gilgit Baltistan would be launched in a transparent way and more funds would be released for the welfare of their people, he added.

The minister said the Clean and Green Pakistan project would be completed under the dynamic leadership of Prime Minister Imran Khan. The zeal and vigour with which students of schools, colleges and universities were taking part in the drive was appreciable, he added.

to another question, Gandapur said the whole nation was supporting the drive launched by the Chief Justice of Pakistan and the prime minister for funds collection for the construction of Diamir Bhasha and Mohmand dams.