Al Jazeera documentary exposes Pakistani top player too, in one of the biggest scandal of cricket world
22 Oct, 2018 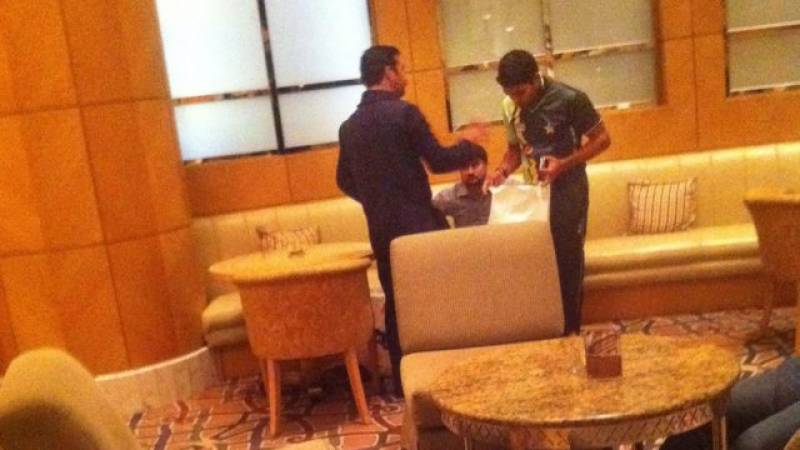 ISLAMABAD - Al Jazeera has released a documentary exposing the scandal which could come out to be one of the biggest scandal in cricket world.

The documentary revealed a phone call made by Munawar to an unnamed England player just before the start of the 2011 World Cup. He is heard telling the player:

“Congratulations for the Ashes. The last payment is ready for going in the account. You will be credited in a week.” The player is heard saying “lovely” in reply, although the audio was distorted to conceal the identity of the player. Al Jazeera claims to have approached the said player, who claimed that the conversation didn’t take place and that the call recording was “fabricated”.

The documentary also revealed pictures of Umar Akmal meeting a ‘D-Company’ associate in the hotel lobby on the night of the fix in the third Pakistan-England Test in Dubai. Akmal and the ‘D-Company’ associate are then photographed with a second man in the hotel lobby, with whom Akmal shakes hands and is seen inspecting a bag. The photographs, however, do not show Akmal leaving the lobby with the bag.

Akmal, in June this year, was summoned by Pakistan Cricket Board’s anti-corruption unit after he made claims that he was approached to fix matches in the Hong Kong Super Sixes, Pakistan’s series against South Africa in the UAE, and the 2015 World Cup.

Akmal had said that he was first approached during his second stint in Hong Kong, and was offered as much as USD 200,000 to play two dot balls. He also reported being approached for Pakistan’s group game against India in the 2015 World Cup in one of many approaches before matches against India.

The documentary claims that Munawar successfully predicted 25 out of 26 outcomes; in the one he couldn’t, Munawar missed the mark by a solitary run.