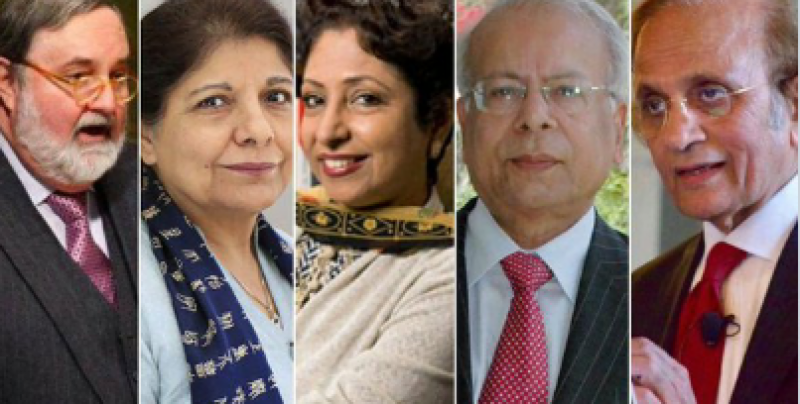 ISLAMABAD: New names have started doing the rounds for the post of caretaker Prime Minister.

According to sources, a few names are under consideration for the post and Shah and PM Abbasi have agreed on who should be the caretaker prime minister. "Now, discussions are underway on the caretaker cabinet,".

The Pakistan Peoples Party (PPP) has finalised the names of Zaka Ashraf and Jalil Abbas Jilani for the post. Sources informed Geo News that Shah has forwarded these names to PM Abbasi. PPP co-chairman Asif Ali Zardari has telephoned Ashraf and Jilani informing them of the party’s decision.

Five other names are also under consideration for the post of care taker prime minister and speculation is rife as to who will be nominated.

“From these five names, Dr Maleeha Lodhi and Dr Shamshad Akhtar are favourites for the post,” the sources added.

The sources further said, "If Akhtar is appointed caretaker prime minister then Lodhi will be made caretaker foreign minister."

The leader of the opposition in the National Assembly on Friday said he will hold a meeting with PM Abbasi on Tuesday (tomorrow) after which they will announce the name of the caretaker prime minister.