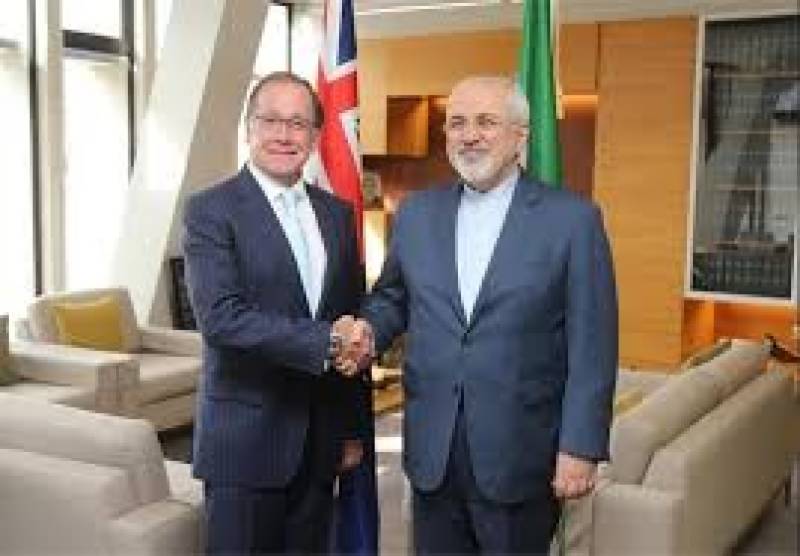 Iran's foreign minister Saturday said the United States must take concrete steps to encourage investors to engage with Tehran, a day after Western powers said they back legal business with Iran.

"More serious and concrete actions must be taken by the US in this regard," Foreign Minister Mohammad Javad Zarif said at a news conference with his New Zealand counterpart Murray McCully.

"Obstacles in the past decade on economic cooperations between Iran and other countries were created due to hostile American policies and sanctions," he said, according to the website of state television.

International sanctions related to Iran's nuclear programme were lifted under the nuclear deal signed last year and implemented in January.

But the United States has maintained its sanctions targeting Tehran's alleged sponsorship of armed movements in the Middle East and its ballistic missile programme.

European banks, which often have subsidiaries on US soil, have therefore been slow to resume business with Iran, fearing prosecution in the United States.

On Friday, a joint statement by the United States, the European Union, France, Britain and Germany said foreign banks and businesses should not hold back from conducting legal business with Iran.

"We will not stand in the way of permitted business activity with Iran," he said in the statement released after talks in Brussels.

"And we will not stand in the way of international firms or financial institutions engaging with Iran, as long as they follow all applicable laws," they added.

The governor of Iran's central bank, Valiollah Seif, has also called on Western powers to comply with the terms of the nuclear deal, in an interview published Thursday by the British daily the Guardian.

"Some movement and Western officials have made some positive pronouncements, but banks need tangible reassurances that they would be immune from baseless allegations (of sanctions breaches)," he said.

He also said that restricted access to the dollar system had created many obstacles for Iranian businesses.

"If we want to change Omani rials to euros, we don't need dollars, but the system is designed in a way that it has to be changed to dollars first, then euros. They should find a way to resolve this issue," he said.