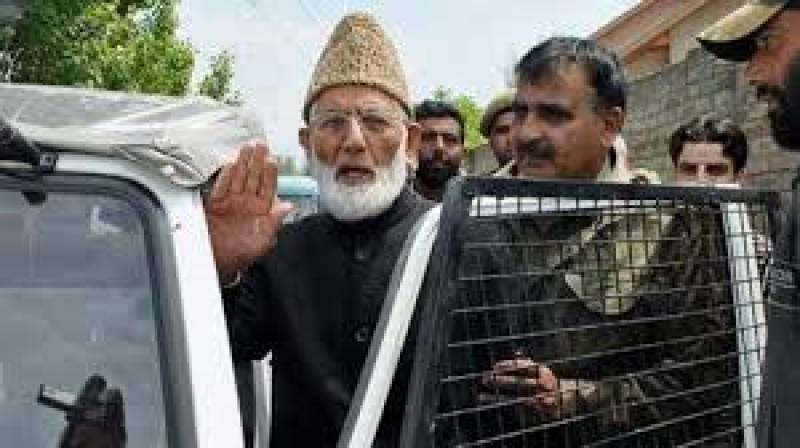 All Parties Hurriyet Conference (APHC) has strongly condemned the continued house detention of its Chairman Syed Ali Gilani, describing the action as frustration of the puppet authorities.

An APHC spokesman, in a statement issued in Srinagar, deplored that even Syed Ali Gilani was not being allowed to offer Friday prayers which was a direct interference in his religious matters, Kashmir Media Service reported.

He said the house detention of APHC Chairman had no legal or constitutional justification. After staying in New Delhi for about two months for medical checkup, Syed Ali Gilani returned to Srinagar on April 6 and since then he had been under house arrest, he added.

He said as usual the authorities had not given any reason or grounds for his house detention.