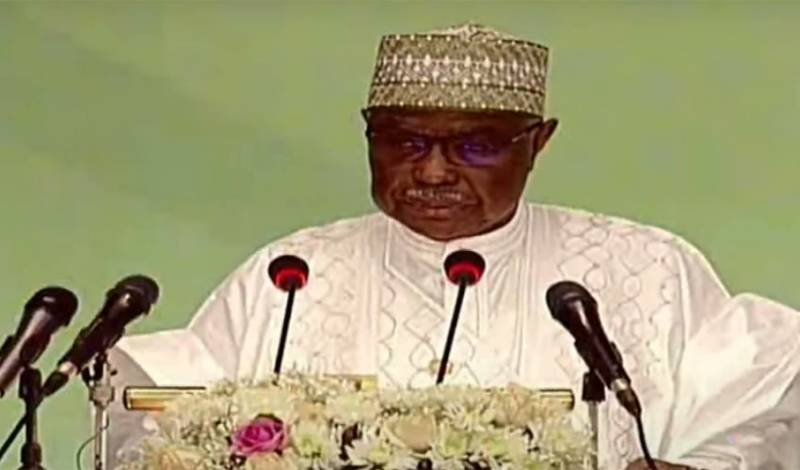 ISLAMABAD - OIC Secretary General Hissein Brahim Taha has expressed a grave concern over the Indian step to revoke the special status of Kashmir.

Addressing the inaugural session of the 48th Session of the OIC Council of Foreign Ministers on Tuesday, he demanded that the Kashmiris should be given the right to self-determination according to the United Nations resolutions.

"We are also concerned about the Israeli policy about Palestine. Atrocities against the Muslims should be stopped in Palestine, Myanmar, Somalia, Sudan and other countries. The conflicts in Yemen and Syria should also be resolved," he demanded.

The OIC secretary general said that they want durable peace, progress and stability in the region. "The Muslim countries face different challenges. There is a dire need of dialogue to promote stability and tolerance. We could not come out of the effects of Covid-19 even after two years. We will have to jointly work for the protection of the Muslim Ummah," he added.