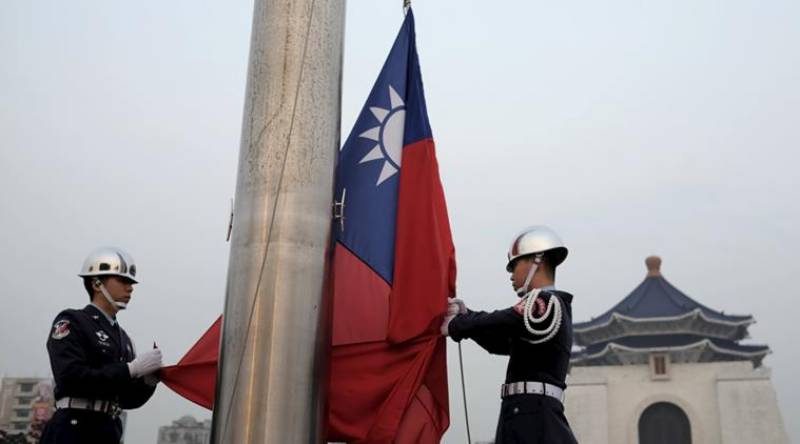 BEIJING - After the tensions betwee China and US escalate over the Taiwan issue Chinese state-run newspaper said on Thursday China should prepare for military action over self-ruled Taiwan.

Beijing was infuriated after US President Donald Trump signed legislation last week that encourages the United States to send senior officials to Taiwan to meet Taiwanese counterparts and vice versa.

US Deputy Assistant Secretary of State Alex Wong said in Taipei on Wednesday the United States’ commitment to Taiwan has never been stronger and the island is an inspiration to the rest of the Indo-Pacific region.

China claims Taiwan as its own and considers the self-ruled island a wayward province, which Chinese President Xi Jinping said on Tuesday would face the “punishment of history” for any attempt at separatism.

The Global Times said in an editorial China had to “strike back” against the law.

“China can pressure the US in other areas of bilateral cooperation: for example, the Korean Peninsula issue and Iran nuclear issue. China can also set itself against the US in international organisations such as the UN,” it said.

“The mainland must also prepare itself for a direct military clash in the Taiwan Straits. It needs to make clear that escalation of US-Taiwan official exchanges will bring serious consequences to Taiwan,” said the paper, which is published by the ruling Communist Party’s official People’s Daily.

“This newspaper has suggested that the mainland can send military planes and warships across the Taiwan Straits middle line. This can be implemented gradually depending on the cross-Straits situation,” it said.

The island is one of China’s most sensitive issues and a potential military flashpoint. Underlining that threat, Taiwan sent ships and an aircraft earlier on Wednesday to shadow a Chinese aircraft carrier group through the narrow Taiwan Strait, its defence ministry said.

The Global Times said it was a misunderstanding to think that “peaceful unification” would be a harmonious, happy process.

“Sticks matter more than flowers on the path to peaceful reunification,” it said.