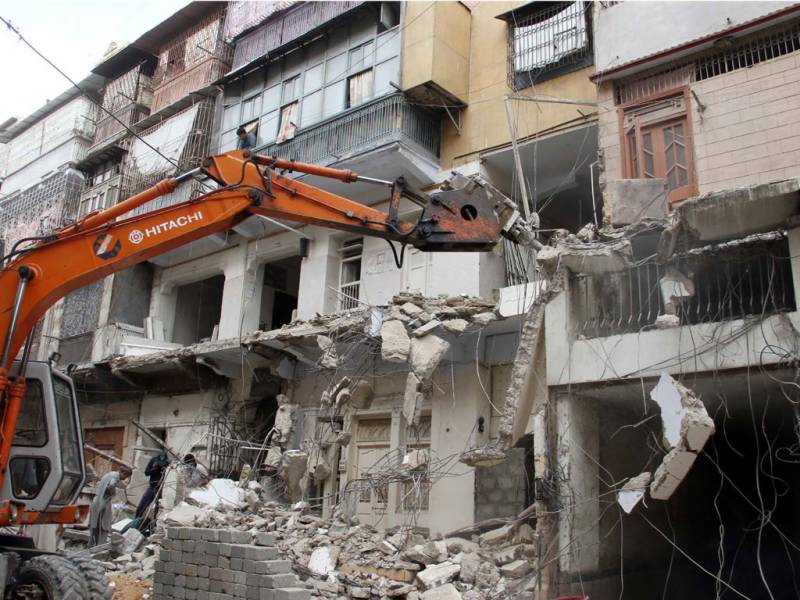 According to spokesperson for the DC Office, four people were got arrested after lodging FIRs in various Police Stations.

Meanwhile, two truckloads of different kinds of material from encroachers were also seized by the administration.