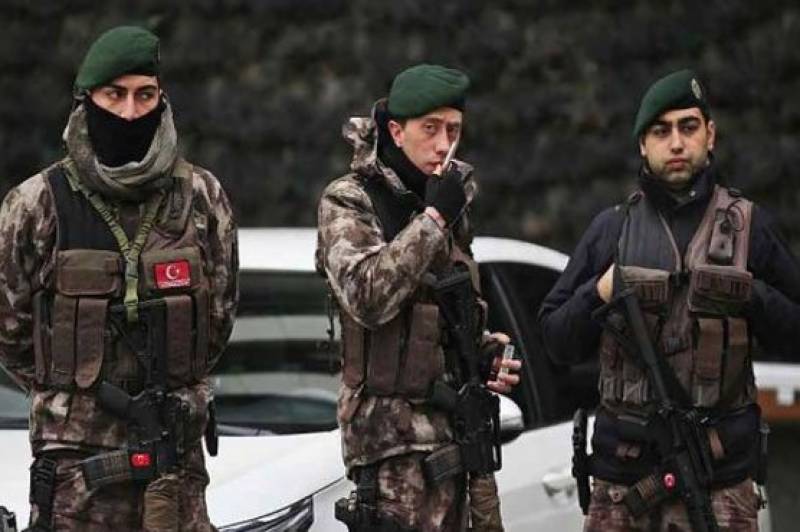 ANKARA - Turkish authorities Friday detained in Ankara 14 suspected members of the Islamic State (IS) group accused of planning an attack on elections this weekend, the state-run Anadolu news agency said.

The 14, all foreign nationals, were detained in simultaneous morning raids on their residences in the capital, the news agency said.

President Recep Tayyip Erdogan will seek a new mandate as well as a parliamentary majority for his ruling party in Sunday’s polls, which are expected to take place under tight security.

The report said large amounts of material were seized in the raids. But it gave no details on the nature of the attack’s timing and location, or the nationality of the suspects.

Turkey was in 2015 and 2016 hit by a string of attacks blamed on IS, as well as Kurdish militants, that claimed hundreds of lives.

The last major attack in Turkey attributed to IS was the New Year massacre by an Uzbek gunman at the Reina nightclub in Istanbul just minutes into 2017. The assault left 39 dead. - APP/AFP