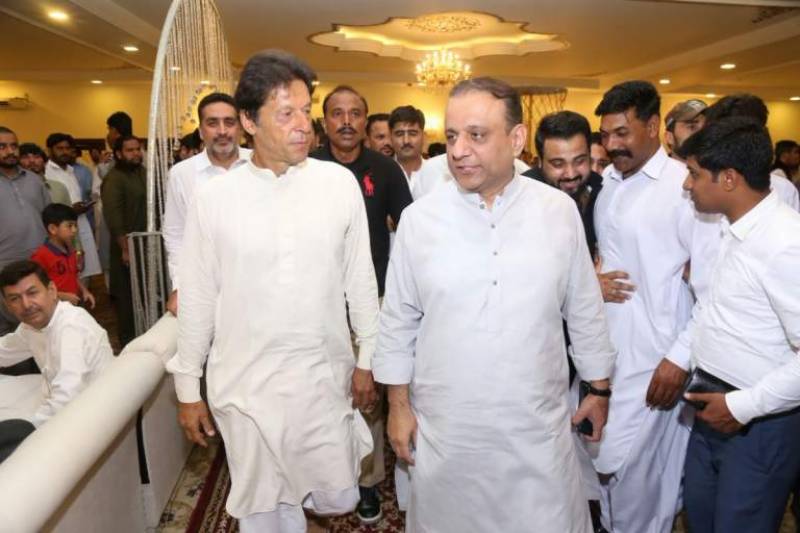 LAHORE – Pakistan Tehreek-e-Insaf’s president of central Punjab, Aleem Khan owns assets worth over Rs918 million, but a business estimated at merely Rs 90,000 in the country.

Aleem’s nomination papers, submitted for NA-129 seat, show that former MPA held total assets worth Rs918,278,855 with personal property valued at more than Rs159 million; his ownership of shares is said to be worth more than Rs129.3 million.

Interestingly, his domestic business, according to the documents, is valued at a mere Rs90,000 whereas his foreign businesses amounts to over Rs8.1 million.

Aleem owns 43 registered companies in Pakistan and three outside the country. Moreover, he has almost a million rupees in cash as well as over Rs64 million in various banks.

The value of jewelry and vehicles owned by the PTI leader is almost Rs1 million and Rs34.7 million, respectively.

The real estate tycoon has listed the worth of furniture to be at almost Rs2 million.

As per the documents submitted to the RO, in the last three years, Khan earned more than Rs43.9 million in salaries and profit.

He submitted taxes of over Rs10 million in last three years. In the same time period, he undertook 23 foreign trips which cost over Rs2.1 million.

The PTI leader has also taken loans worth over Rs1.2 billion. The documents also reveal that the PTI leader took a loan worth almost Rs700 million from his own company.

The PTI leader is also facing an inquiry by the National Accountability Bureau with regards to his reported ownership of an offshore company as well as involvement with a private housing scheme in Lahore.