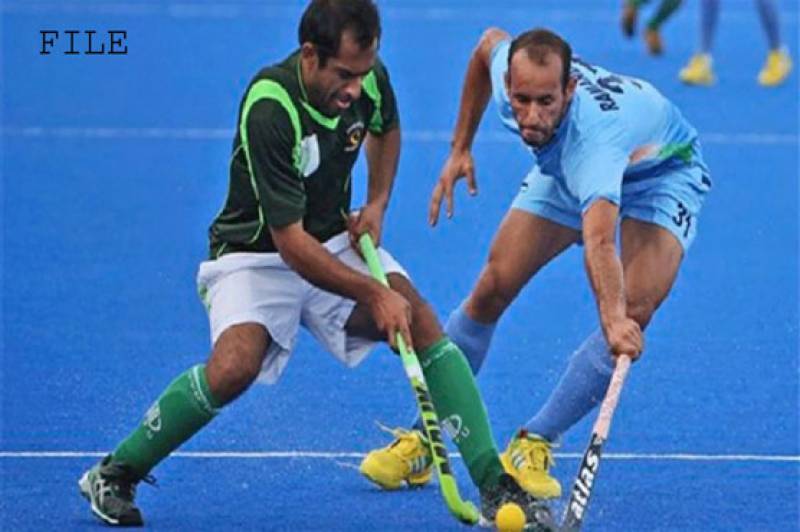 ISLAMABAD - Pakistan will be opening its Men’s Champions Trophy campaign against arch-rivals India on Saturday at the Netherlands.

The 37th edition of the Men’s Champions Trophy will get underway in the Dutch city of Breda, with De Bredase Hockey & Bandy Club playing host to an event with a glorious past, said a press release issued here.

Six teams including Australia, Argentina, Belgium, Netherlands, India and Pakistan are participating in the mega event.

The meeting between Pakistan, the nation that launched the Hockey Champions Trophy back in 1978, and India, the eight time Olympic champions, is a fixture that is sure to draw thousands of spectators to the venue as well as millions of fans tuning in from across the world, eagerly anticipating the latest episode of this long-running battle between two of the sport’s most successful nations.

The combination of outstanding teams and an event taking place in one of the world’s most fanatical hockey countries, there can be no doubt that the Rabobank Men’s Hockey Champions Trophy promises to be a spectacular edition in Breda.

2014 Champions Trophy silver medallists Pakistan may have finished in seventh place at the XXI Commonwealth Games on Australia’s Gold Coast earlier this year, but that result hides the fact that they went through the event completely unbeaten.

Four draws in the pool phase against Wales, India, England and Malaysia respectively, saw Pakistan finish fourth in their five-team pool, putting them in the 7-8 classification match where they defeated Canada 3-1.

The founding nation of the Champions Trophy will be determined to add to the titles that they claimed in 1978, 1980 and 1994 victories that all came on home soil, in Lahore (1978/1994) and Karachi (1980), respectively. The team is now coached by legendary Dutchman Roelant Oltmans, the man who guided the Netherlands men to triumphs at the 1998 World Cup in Utrecht and at the Sydney 2000 Olympic Games.

The squad selected by Oltmans contains a balance of experience and youth, with team captain Muhammad Rizwan Sr being one of eight players to have surpassed the 100 international appearances barrier. Shafqat Rasool is the most capped player in the group with 190 senior international appearances, with ten players each having fewer than 50 caps. - APP