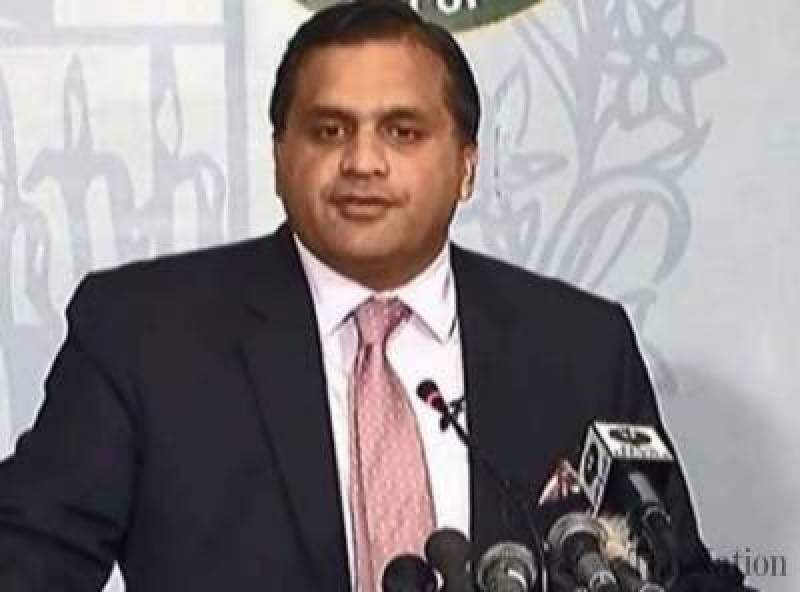 Addressing a weekly news briefing here, Foreign Office Spokesperson Dr Mohammed Faisal said the governor’s rule in Kashmir was one of the ploys adopted by New Delhi from time to time to further ‘suppress’ the will of the Kashmiri people.

He said the imposition of governor’s rule and the bloodshed in Kashmir along with statements emanating from India about the crackdown on Kashmiris indicated an alarming Indian imperviousness to international opinion.

He said such steps were likely to result in enhanced Indian actions and a virtual free hand to Indian security forces against Kashmiris. Faisal said Pakistan strongly condemned killings by Indian forces that were a reflection of intolerance of Indian state apparatus that wants to stifle speech and expression.

Pakistan, he said, called upon India to hold independent, transparent and credible investigation into the brutal assassination of seasoned Kashmiri journalist Shujaat Bukhari and bring the perpetrators to justice.

On Chinese Ambassador to India’s statement to facilitate Pak-India talks, he said: “We are awaiting further details on the matter. As you are aware, it is our position that disputes can only be resolved through negotiations.”

Referring to situation in Afghanistan, the spokesperson said Pakistan supported Afghan-led and Afghan-owned process to bring peace in the war-torn country.

The Pakistani delegation, he said, congratulated Afghan leaders on recent initiatives that will ultimately lead towards an enduring peace.

Faisal confirmed the killing of Tehreek-e-Taliban Chief Mullah Fazlullah in Afghanistan, adding Pakistan welcomed the elimination of this threat and “we believe in cooperation with others to defeat terrorism.”