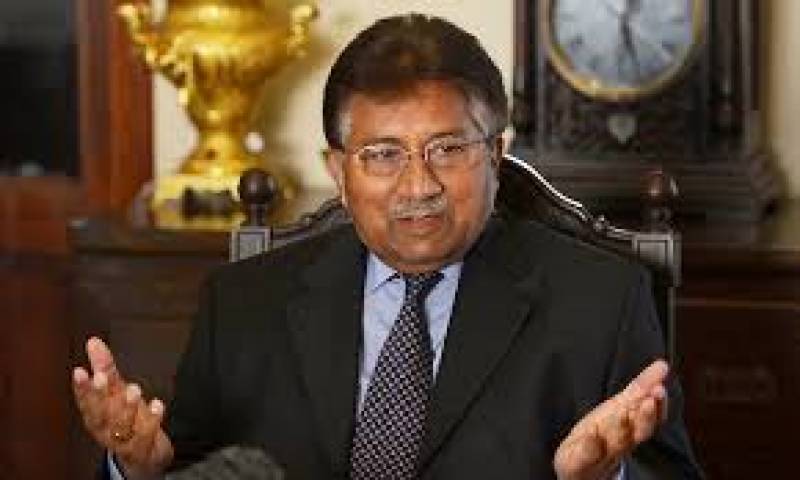 KARACHI: Former president General (retd) Pervez Musharraf owns assets worth Rs34.2 million while his total earning in the year 2017 was a little over Rs1.9 million, according to details of his assets submitted with the Election Commission of Pakistan.

The affidavit attached with Musharraf's nomination forms for NA-247 Karachi mentioned pension as his source of income, while the document had 'NIL' written in the section for tax details. Musharraf has specified 'freelance lecturer' as his occupation in the documents.

The documents mentioned five properties in the name of Musharraf's wife in Pakistan and an apartment in Dubai.

The former president has over Rs21.2 million in a joint account with his wife, while in another joint foreign currency account the couple has $591.

Musharraf's wife also has 30 tolas of gold and five vehicles.

The former president has mentioned all properties in Pakistan in the name of his spouse. The Chak Shehzad farmhouse's worth is mentioned as Rs23.7 million, while a house in DHA Karachi's Zamzama Street is valued at Rs5 million.

The Downtown Dubai apartment is worth Rs90 million, while his wife also has shares of Bank Alfalah worth Rs3 million.