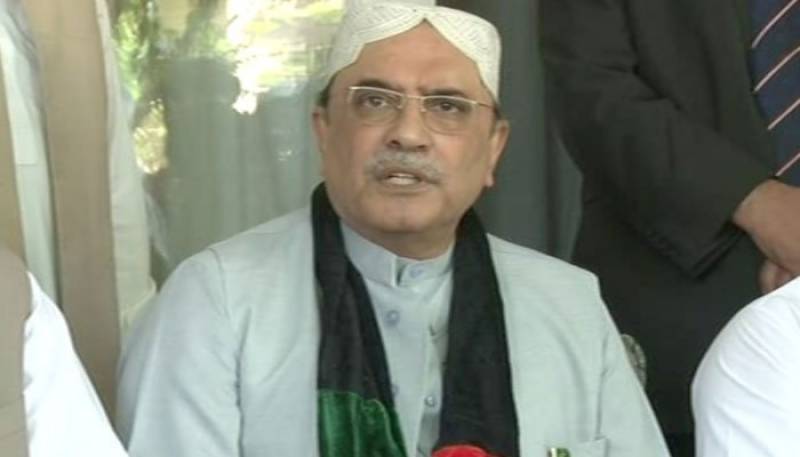 Addressing an event to commemrate birth anniversary of late Benazir Bhutto, Zardari said that the 'commando' who did not give his party adequate security was now saying that he was feeling threatened.

The event was also attended by Zardari and Benazir Bhutto's daughters: Bakhtawar and Aseefa Bhutto Zardari.

"Musharraf admits that he is rich but he has no answer how he became one," the former president jibed. "He says that King Abdullah gave him billions but he has got no evidence to prove it."

Zardari said the former military ruler says that he will do politics in Pakistan but contrary to the claim he doesn't return to the country.

"At times, he claims to lead the MQM, but then he starts searching for another political platform," he added. "Whenever a dictator came to power, he always tried to damage democracy in the country."

Zardari claimed that in the forthcoming elections his party would defeat the opponents.

"We will teach a lesson to our opponents that PPP is alive and it will always be," he added. AFP