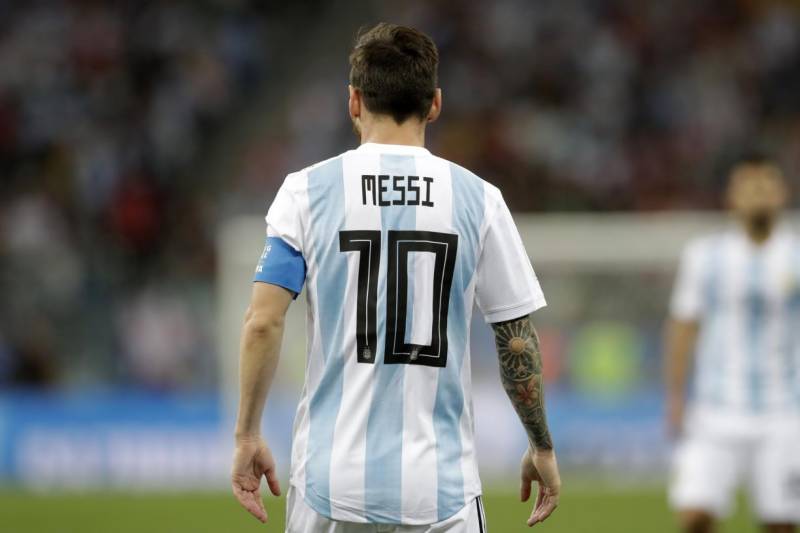 LONDON - Lionel Messi could retire from international football if Argentina crash out of the World Cup, according to his former team-mate Pablo Zabaleta.

Messi cut an isolated figure as Argentina fell to a humbling 3-0 defeat to Croatia in their Group D clash on Thursday, making a premature exit a distinct possibility for the two-time champions.

Zabaleta, who was part of the team that reached the 2014 final, believes the Barcelona star could call time on his international career should they fail to progress to the last 16.

“I just feel so sorry for Lionel Messi,” he told the BBC.

“This was his last chance to win something with Argentina so I wouldn’t be surprised to see him retire from international football after this.

“He’ll be so disappointed and it’s another four years until Qatar.”

Zabaleta was at a loss to explain the performance and has warned the players that supporters will not tolerate such a limp surrender.

He added: “The people in Argentina will be so angry now. You expect more from those players.