Israel says could get tougher on Gaza after warplanes hit Hamas
22 Jun, 2018 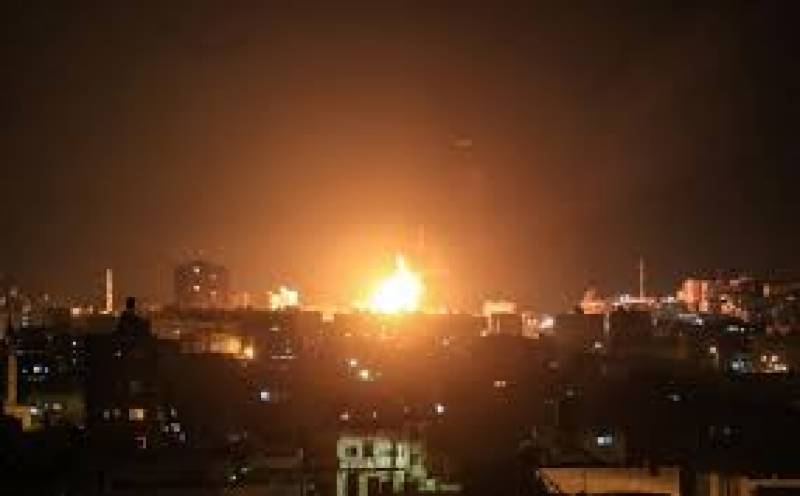 The latest spike in tensions follows weeks of deadly protests and clashes along the Gaza-Israel border as well as the worst military escalation last month since a 2014 war.

It comes as US President Donald Trump’s special envoy Jason Greenblatt and adviser Jared Kushner visit the region to discuss issues including the Palestinian-Israeli peace process.

“Hamas and other terrorists, but mainly Hamas” hit back after the first air raids with more than 45 rockets and mortar rounds fired from Gaza towards Israel, seven of which were intercepted by the Iron Dome missile defence system, Israeli military spokesman Jonathan Conricus said.

Three more landed inside the Jewish state, he said, but did not account for the remainder.

In response, Israeli planes carried out more raids against 25 “terror objectives” including an underground training compound, according to the army.

Medical sources in Gaza, which is controlled by Hamas, said five people were lightly injured in the strikes.

Speaking about Israel’s plans regarding Gaza, Netanyahu said he would not go into detail, pledging however that “the intensity will be stepped up as necessary”.

“We are prepared for any scenario and our enemies would do well to understand this,” he said at a military ceremony in southern Israel.

In a joint statement, the military wings of Hamas and allied militant group Islamic Jihad vowed to respond to Israeli attacks, saying they had “targeted seven Israeli military positions near Gaza… in response to continued Israeli aggression against resistance sites in Gaza.”

“The equation will be: bombardment in return for bombardment,” they said.

Kobi Ivri, a resident of an Israeli kibbutz neighbouring the southern Gaza Strip whose house was damaged by the Gaza fire, said he and his family ran into their bomb shelter after being woken at 5:20 am by a siren.

“There was a boom. I heard glasses breaking, but I understood it (the mortar shell) fell outside, close,” he said.

Ivri described “a routine of tension, a routine of anticipation (of attacks), a routine of understanding that not too much is being done in order to help us,” noting that an incendiary balloon from Gaza fell at the entrance to his kibbutz on Tuesday.

A spokesman for the Israeli fire services told AFP that firefighters had put out 12 blazes in areas adjacent to Gaza caused by airborne incendiary devices.

Tensions have soared in Gaza since mass protests and clashes broke out along the border on March 30. At least 132 Palestinians have been killed. There have been no Israeli fatalities.

Palestinians are demanding the right to return to the homes their families fled or were expelled from during the 1948 war surrounding the creation of Israel.

Israel has defied international condemnation over the Palestinian deaths, maintaining the use of live ammunition is necessary to defend its borders and stop infiltrations.

It accuses Hamas of seeking to use the protests as cover for attacks.

UN Secretary General Antonio Guterres has warned that Gaza is close to the brink of war.

Israel and Hamas have fought three wars since 2008 and observe a tense ceasefire that is regularly shaken by hostile acts.

Peace talks between Israel and the Palestinians have been stalled since 2014.

On Wednesday Greenblatt and Kushner were in Saudi Arabia where they met Crown Prince Mohammed bin Salman and discussed Gaza and “the Trump administration’s efforts to bring peace between the Israelis and Palestinians,” according to a White House statement.

The duo’s regional tour started in Jordan and will also take them to Israel, Egypt and Qatar.

Trump’s controversial December decision to recognise the disputed city of Jerusalem as Israel’s capital prompted Palestinians to freeze all contacts with US officials. – AFP