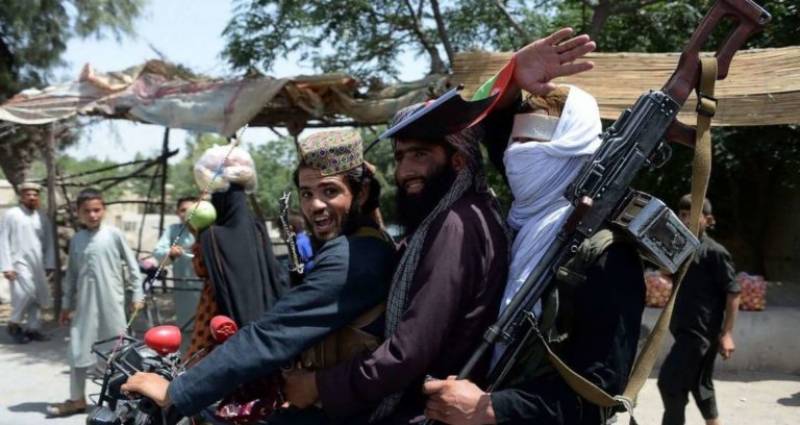 *KABUL - A new report has been released looking into the increasingly ambitious “parallel state” being run by the Taliban across Afghanistan.*

“Life Under the Taliban Shadow Government,” a detailed study published Thursday by the Overseas Development Institute, describes a “sophisticated system of parallel governance,” with commissions for each area of service, such as health, justice and finance, operating in numerous districts fully or partly controlled by the insurgents. The study surveyed 20 such districts across seven provinces.

The main conclusions of the report, written and primarily researched by Ashley Jackson, are that the Taliban sets the rules in “vast swaths” of Afghan territory but is far more concerned with influencing people. It has largely shifted from outright coercion to “creeping influence” over Afghans through services and state activities, it is often part of the local “social fabric,” and it views itself as preparing to govern the country, not just to participate in political life, whenever the 16-year conflict ends, the report says.

In many areas, the report finds, Taliban representatives interact almost routinely with local government officials, aid agencies and other groups, negotiating terms in a hybrid system to deliver health care, education and other services. Taliban bureaucrats collect taxes and electric bills, and their judges hear civil and criminal cases — some traveling by motorbike between hearings.

Although the first Taliban shadow governments were established more than a decade ago, the report documents how widely they have spread, despite years of Afghan and foreign military resistance. It also shows how they have evolved from using force and intimidation against local populations to building carefully run, accountable systems that address people’s needs, which some residents say they find more honest and effective than government control.

The report says Afghan and foreign officials are “worryingly unaware” of how assiduously the Taliban has worked to exert local control, make bargains and influence services. Today, its leaders view themselves not as insurgents but as a “government in waiting,” the report says.

At a time of growing national hopes for a negotiated peace, the consolidation of Taliban administrative control in numerous areas seems to challenge the official argument that the insurgents might accept a role as just another political force in exchange for giving up arms and settling the war.

Over time, the study found, Taliban policies in areas of control shifted from repressive violence to cooperation and public relations. By 2011, Taliban leaders had signed agreements with 28 aid organizations, including permission to conduct polio vaccination drives. As NATO forces withdrew, Taliban professionalism grew.

“We could be less warlike,” one Taliban member said. Unlike the amateur Taliban rulers of 1996 to 2001, the insurgents now have a seasoned, “quasi-professional core of individuals” to run things, the report says.

One of the most dramatic areas of evolution in Taliban attitudes has been toward education. In areas under its control, there is better teacher and pupil attendance, less theft and more order, although the Taliban vetoes texts on modern topics and may forbid English from being taught. On the whole, a majority of people interviewed “felt that the Taliban had improved” how public education was run.