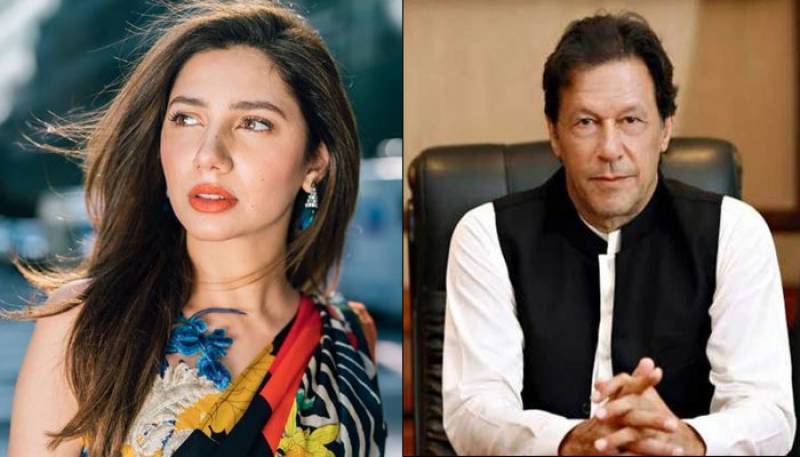 Famed Pakistani actress Mahira Khan has come out extolling PM Imran amidst his much-talked about visit to the United States.

Taking to Twitter, the 'Raees' actress deemed the premier as a ray of hope.

"Hope! May we be alive to witness the Pakistan you make us dream of @ImranKhanPTI #PMIKinUS," she wrote on the micro blogging website.

Prime Minister Imran Khan is on an official visit to the US where he will meet President Trump.

Hours before his meeting with US President Donald Trump scheduled on Monday at White House, PM Imran assured the nation that he would put their case before him and would neither embarrass them nor let them down before any one.

Addressing the biggest ever gathering of Pakistani Americans at the jam-packed Capital One Arena in the downtown Washington, he said since very first day he had been opposing the military solution in Afghanistan for what he was heavily criticized.

The prime minister told the charged gathering holding party flags that while coming into politics some 23 years ago, he had said that “I have never bowed down before anyone except Allah and Insha Allah will not let my nation down before anyone.”