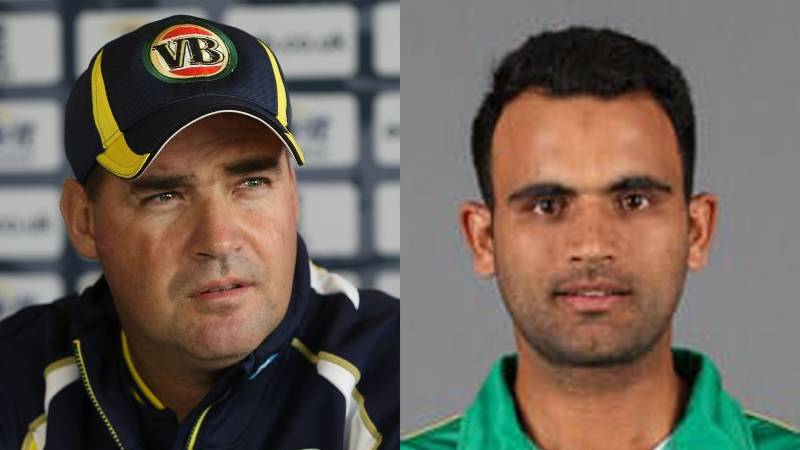 ISLAMABAD - Pakistan head coach Mickey Arthur has tipped opener Fakhar Zaman to score consecutive double centuries, by replicating his exploits from the fourth ODI in the final match of the series. “Enjoy the moment but remember there could be another on Sunday,” Arthur said in a video message after the end of the fourth ODI against Zimbabwe in Bulawayo.

The South African also praised Zaman for his record-breaking achievement while mentioning his pre-match conversation with the opener. “Congratulations Fakhar on a brilliant double-hundred,” Arthur said. “We always said it was brewing and we had a little chat on the way to the ground. I felt that if we batted first, you had a chance of getting a double-hundred and you carried that out today.

He added: “It just shows you batting is going from strength to strength, you are playing exceptionally well all around the ground, your batting is getting better and better and you are improving all the time and that’s what we want in this team.”

Sarfraz and Malik hail Zaman’s performance: Skipper Sarfraz Ahmed was glad with the performance displayed by Zaman and stated that he always believed that the left-handed batsman will score a double century, if he played the entire 50 overs. “I’m really happy with how Fakhar performed today and the way he is batting is a good sign for Pakistan cricket,” Sarfraz said. “We always had faith in him that whenever he bats the entire fifty overs, he will go on to score a double century and that is exactly what he did today.”

All-rounder Shoaib Malik also had words of appreciation for Zaman and hoped that he will continue to come up with such performances in the future as well. “I would like to congratulate him on this massive achievement,” Malik said. “This is the kind of feat which you are only able to achieve once or twice over your entire career which makes me proud of his effort.”

Malik also wished the Mardan-born opener best of luck for the future: “I wish him the best of luck for his future and hope that he will continue playing such innings for Pakistan.” The final match of the five-match ODI series between Pakistan and Zimbabwe will be played on July 22 in Bulawayo.