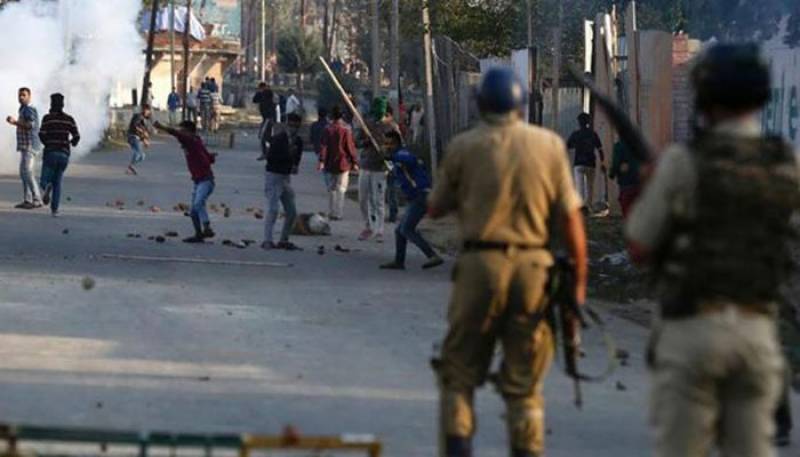 The three youth were martyred during a cordon and search operation in the district.

However, a member of the Indian forces claimed the youth were martyred during a gunfight.

The Director-General of Police (DGP) S P Vaid said bodies of the three youth have been recovered.

On the other hand, authorities have blocked  Internet services in the twin districts of Islamabad and Kulgam following the recent wave of terrorism.

Last month, at least five Kashmiris were martyred in Pulwama and Kupwara districts.

According to reports, the occupied forces troops had fired bullets, pellets and teargas shells to disperse the protesters, triggering severe clashes. One more youth was martyred while several others were injured in the troops’ action.

Moreover, three youth were martyred in Kulgam district on June 25  during a cordon and search operation in Qaimoh area of the district.