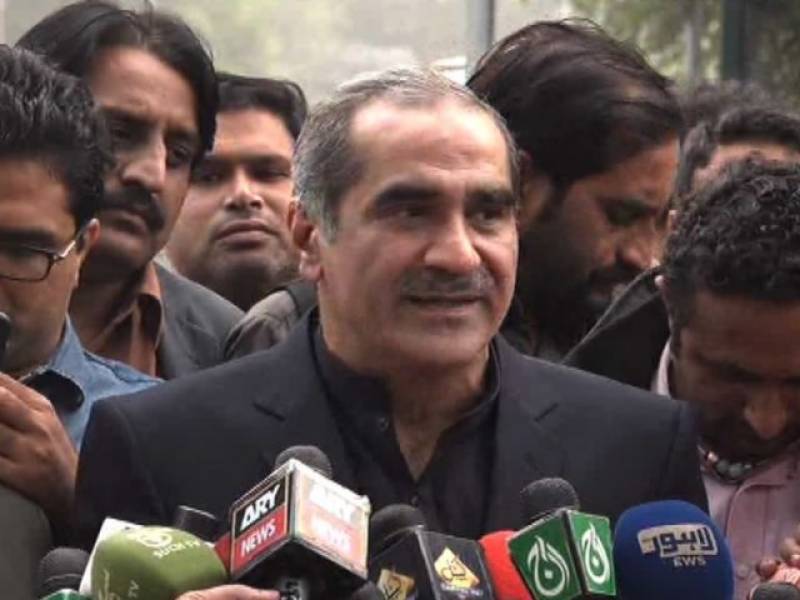 ISLAMABAD: No one can break the PML-N’s vote bank, said party leader Khawaja Saad Rafique at a press conference in Lahore.

He said he predicted an even better result than the 2013 election and said the silent majority will vote for the PML-N on July 25.

Rafique said workers and leaders of the PTI constantly hurl abuses at them when they pass by their election camps. “While contesting this election please remember that this is an election, not a war,” he told the party’s opponents.

He lamented that PML-N workers were being arrested and cases registered against them.

The PTI cannot even pay people to fill seats at their rallies, he claimed, adding that Imran Khan’s true self has been exposed in front of the party’s old workers.

He said he isn’t seeing the same kind of enthusiasm in the PTI as he did before.

Rafique spoke about the PTI’s election banners and said all of the billboards in Lahore had been rented out to them. In a single night, 30,000 banners are put up, he accused, urging the ECP to take notice of this.

He asked the party’s leadership to tell their workers to stop instigating fights with other parties. APP