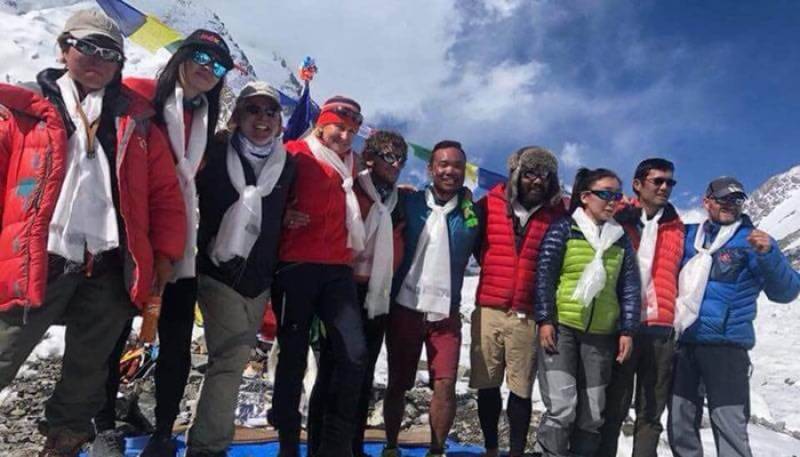 According to sources on the base camp, two Pakistanis, including Muhammad Ali Sadpara, are among the team of mountaineers.

The team includes mountaineers from China, Japan, Ireland, Mexico, Switzerland and Nepal among other countries, the sources said.

“The team started the ascent from Camp 4 and will start descending tonight,” the sources said.

K2 is the world's second highest peak and looms over the Karakoram range on the China-Pakistan border.

Also known as the “Savage Mountain”, it is often deemed a more challenging climb than the highest peak, Mount Everest.