PTI has three aspirants for the job of chief minister
22 Jul, 2018 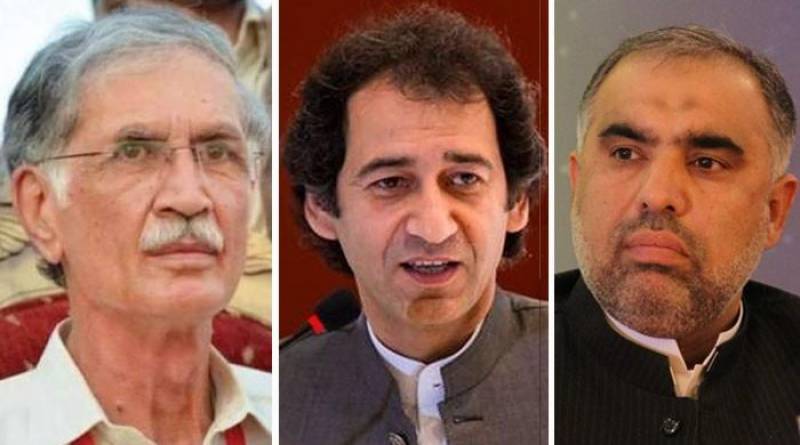 PESHAWAR: A number of potential chief ministers are in the run for the provincial assembly seats in different districts of Khyber Pakhtunkhwa in the July 25 general election.

The Pakistan Tehreek-e-Insaf (PTI) has the highest number of candidates for the job of chief executive of the province while other parties have also fielded more than one contender.

Though no party has officially announced candidates for the top slot, the potential contenders are making all-out efforts to win their seat and enter the race for the chief minister of Khyber Pakhtunkhwa.

There could also be a surprise candidate as well depending on the position of different political parties.

As several political parties are likely to get a good number of seats, a coalition government in Khyber Pakhtunkhwa seems a real possibility.

No single party could form government in the province in the past several years and a coalition government had to be formed.

Apart from former chief minister Pervez Khattak, former provincial assembly speaker Asad Qaiser and former education minister Mohammad Atif Khan are said to be some of the potential candidates for the office of the chief minister of the province if the PTI managed to get majority in the Khyber Pakhtunkhwa Assembly.

From the Pakistan Muslim League-Nawaz (PML-N), former federal minister Amir Muqam is the top candidate for the provincial chief minister’s job if the party comes into a position to form the government in the province. Amir Muqam has been making efforts for a long time to get the top slot.He is contesting for two provincial assembly seats from Swat.

From the Awami National Party (ANP), Ameer Haider Hoti is the main contender for the office of chief executive if his party takes the lead.

He served as chief minister from 2008 to 2013 and has been heading the provincial chapter of the party for quite some time.

Many think that son of ANP chief Asfandyar Wali Khan, Aimal Wali, could be a candidate for the top slot if the party wins the polls. However, he is contesting for the assembly for the first time and will need to gain experience before aiming for the top slot.

The Muttahida Majlis-e-Amal (MMA) has former chief minister Akram Khan Durrani and former opposition leader and brother of Maulana Fazlur Rehman, Lutfur Rehman as the top candidates for the chief minister in case the religious alliance is in a position to form provincial government. MMA had formed government in the province in 2002 with Akram Durrani as the chief minister. He survived a bomb attack on his convoy recently.