Pakistan once again put a massive total against Zimbabwe in the 5th and last ODI
22 Jul, 2018 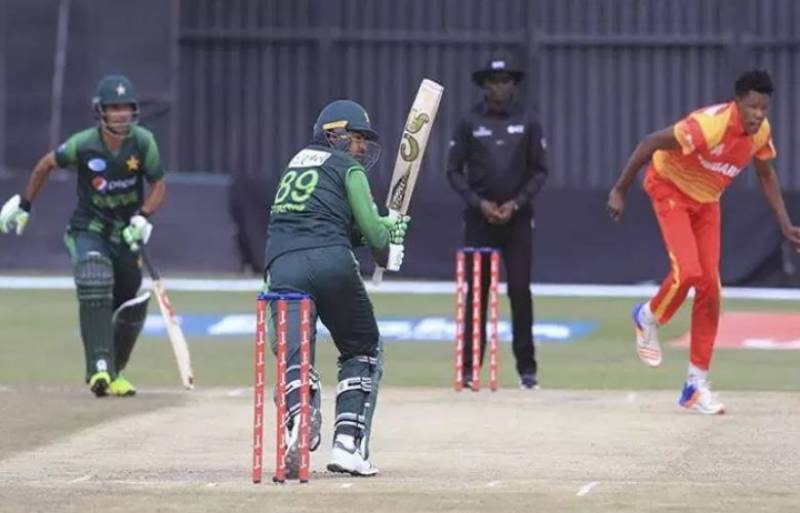 HARRARE - Pakistan posted a total of 364 against Zimbabwe in the fifth and final one-day international (ODI) after winning the toss and electing to bat against Zimbabwe at Queens Sports Club today.

Fakhar Zaman became the fastest batsman to score 1,000 runs in ODI cricket in just his 18 innings, breaking the record of 21 innings first set by the legendary Sir Viv Richards in 1980 and since equaled by Kevin Pietersen, Jonathan Trott, Quinton de Kock and, most recently, Babar Azam.

Pakistan have an unassailable 4-0 lead in the series, and such has been their dominance that Zimbabwe would do very well to avoid a whitewash.

On Friday, Zaman and Imam-ul-Haq's opening partnership of 304 helped Pakistan secure a record-breaking 244 runs victory, making it Pakistan's second-biggest ODI win behind the 255-run win over Ireland in 2015.

The Green Shirts have passed 300 in both previous games where they batted first, amassing 399 for one in the last match.

The visitors made no changes to their top order but did rotate their bowling attack.

Left-arm spinner Mohammad Nawaz, left-arm pacer Mohammad Amir and right-arm quick Hasan Ali all return to the XI, Ali having recovered from the slight neck strain which kept him out of the last game.

There were several changes for the beleaguered Zimbabweans.

Both Blessing Muzarabani and Richard Ngarava picked up injuries on Friday, and so seamers Chris Mpofu and Tendai Chatara return to the attack.