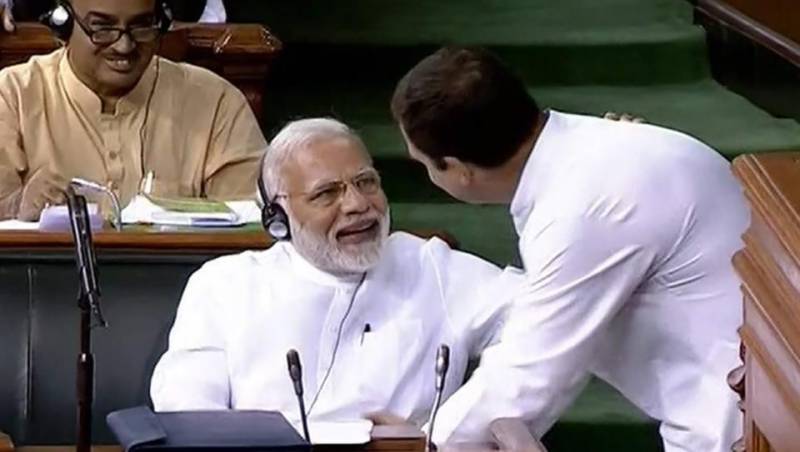 NEW DELHI - No-confidence motion against Modi failed miserably. Congress tried to bring Modi down but failed when the motion moved by it against him was rejected by overwhelming majority. Votes in its favor were 325 while against it were 126, total number of member is 451.

Modi Sarkar is under severe criticism from members of Indian Parliament. Opposition parties in Lok Sabha moved no-confidence motion against Narendra Modi. Although Bharatiya Janata Party (BJP) is considering Modi a hero and a true nationalist who has changed the fate of India – brining good name at international level, increasing its defense production, etc. – but in the camps of Congress, members are lamenting him.

Issues which surfaced during the tenure of Modi include minorities’ massacre, surging incidents of gang rapes, etc. They have shattered the country’s image.

This move against BJP by Congress seems more of political nature than genuine one. BJP, on the other side, has termed the motion futile and it indeed proved true later on. It seems majority of India seems ebullient over Modi’s way of governing India. Overall its economy improved, ties with America, Russia and even China improved.