Imran Khan speaks about his three wives in a rare such interview with British daily
22 Jul, 2018 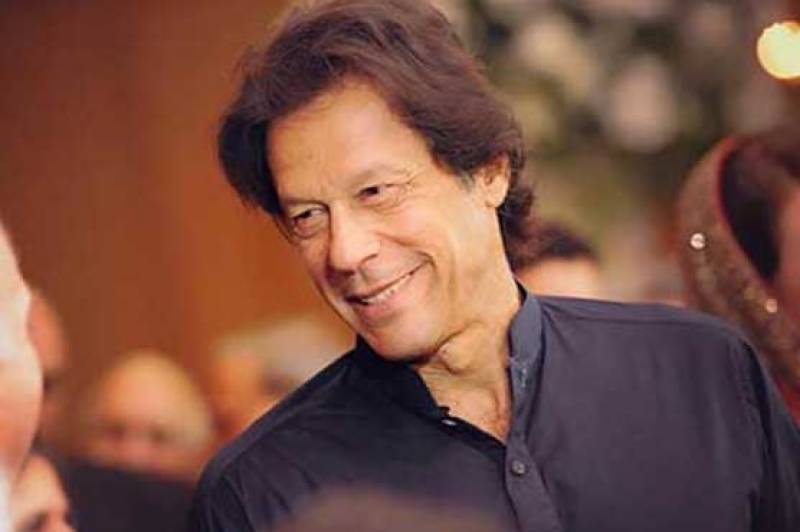 ISLAMABAD - In an interview with UK Dailymail Imran Khan has said that he has always looked to keep his private life out of public scrutiny and media spotlight but added that this time was an exception. "Normally I don't say anything about Reham, but I will say this: I've made some mistakes in my life, but my second marriage has to be the biggest."

Imran was married to Reham - a weather presenter for BBC and British by nationality - for all of ten months before a divorce ended it all. Before Reham, Imran was married to Jemima Goldsmith - another Briton - and that lasted from 1995 to 2004. The PTI chief said that he is still friends with Jemima and that they often speak, but that his current wife - Bushra Maneka - has been his real source of inspiration. The two got married earlier this year and he revealed during the interview that he had not even seen Bushra till after the wedding ceremony.

"I did not catch a glimpse of my wife's face until after we were married. I proposed to her without seeing her because she had never met me without her face being covered with a full veil," he said, adding that it is because she is a spiritual guide in the Sufi branch of Islam and does not meet men apart from her husband without a veil covering her face. "When I did see her after the wedding, I was not disappointed," Imran added.

A charismatic personality, many feel Imran is poised to win the Pakistani elections despite all the controversies and allegations. He himself has said that he is confident about the prospect of becoming the country's next PM.