Dangerous criminals and terrorists likely to be shifted away from Adiala Jail: Sources
22 Jul, 2018 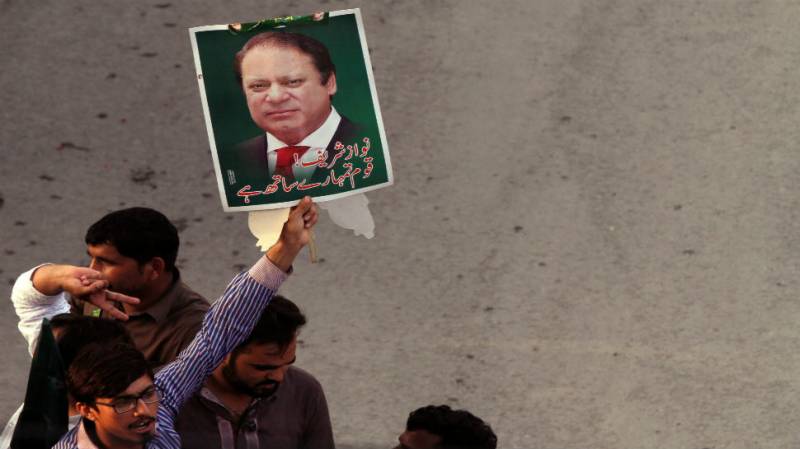 ISLAMABAD - Pakistan's jailed former prime minister Nawaz Sharif and his daughter Maryam are not likely to be transferred to a rest house from the Adiala Jail as it lacks proper security arrangements needed for the high-profile prisoners, a media report said.

A major indication that the Sharifs might not be shifted to the rest house is that the authorities are considering shifting some very dangerous prisoners to somewhere else in the province to ensure proper security for the former prime minister and his daughter.

The accountability court, which had convicted Sharif and Maryam, had ordered to send them to Adiala Jail in Rawalpindi after they were taken into custody at the Lahore airport on July 13.

But the Islamabad chief commissioner also ordered shifting the father, the daughter and her husband, who was already in the Adiala Jail, to the Sihala Rest House situated inside the Sihala Police Training College.

The authorities concerned had been weighing the possibilities of following this order which the chief commissioner could issue under the law. But, they said, the rest house was not safe for the Sharif family which needed security much more than any home-like facilities there, the daily said.

The rest house has six rooms, all having air conditioners, proper beds and wash rooms, but a boundary wall.

This is the same rest house where former president and PPP co-chairperson Asif Ali Zardari was detained when his party's government was dismissed in 1996. Other political leaders have also been detained in the rest house in the past.

Earlier, it was attempted to shift Maryam to Sihala Rest House but she firmly refused as she did when asked to apply for the 'Better Class' facility in the jail.

She is staying in a cell situated in the recently built Vocational Training Centre for prisoner women. Her cell is better than that of her father's and husband's but except for security and personal dress, she is staying like an ordinary prisoner.

A Better Class cook is preparing meals for Sharif, as are required by him, the daily said.

The payment for all this is made from the prisoner's account in which he has deposited the required money.

Sharif, 68, and his daughter Maryam, 44, were arrested in Lahore on July 13 on their arrival from London after the accountability court found them guilty over his family's ownership of four luxury flats in London.

Both Sharif and Maryam have been sentenced by the accountability court to 10 and 7 years in prison respectively for corruption charges linked to the Panama Papers scandal.

Maryam's husband was sentenced to one year.