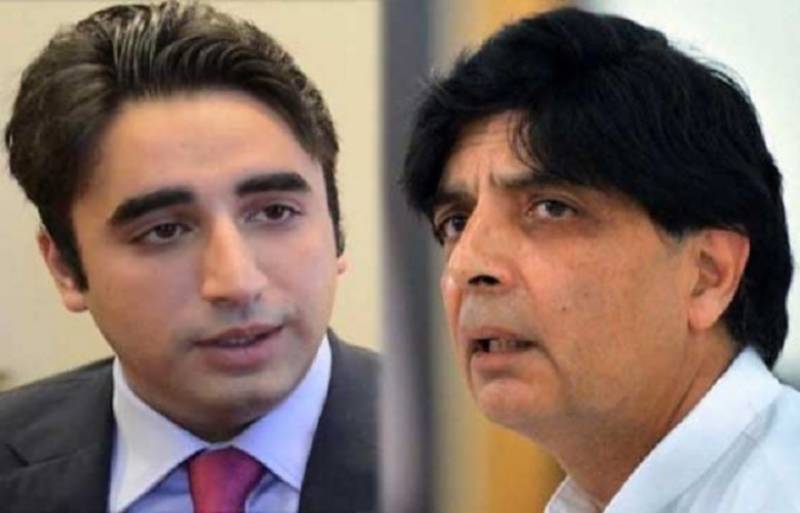 The former Pakistan Muslim League-Nawaz leader said that Bilawal's campaign may not give immediate desired result but the PPP will get benefit in the long run, while speaking on Geo News' show Jirga.

The show will be aired at 10pmon Sunday.

The senior politician from Chakri has parted ways with the PML-N. He is contesting the forthcoming polls as an independent candidate on 'jeep' symbol. In media interactions, Nisar maintained that PML-N supremo Nawaz Sharif has been showing enmity, not him.

The disgruntled PML-N leader alleged that the PML-N gave tickets to ‘those who verbally abused Nawaz’.