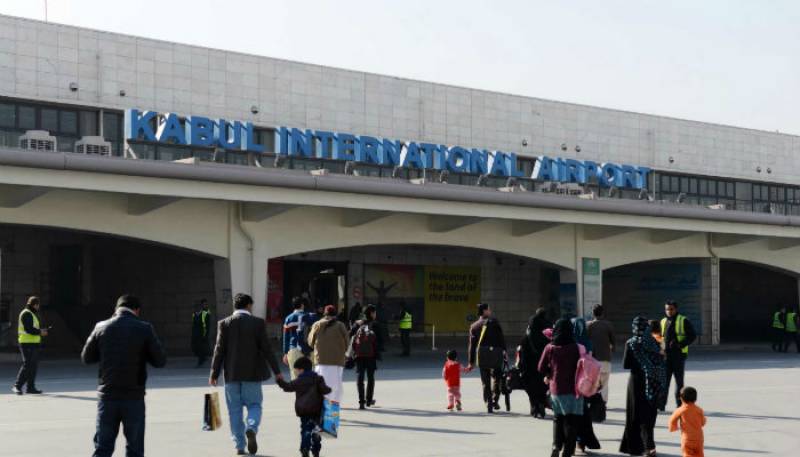 KABUL: An explosion near Kabul's international airport injured several people on Sunday, officials said, shortly after Afghan Vice President Abdul Rashid Dostum returned to the country after more than a year in exile.

Scores of senior government officials, political leaders and supporters had gathered at the airport to greet the powerful ethnic Uzbek leader and former warlord, clad in a Western suit and sunglasses.

An explosion was heard as the convoy of vehicles was departing. But Dostum, who was travelling in an armoured vehicle, was unharmed, said his spokesman Bashir Ahmad Tayanj.

"The blast was probably caused by a suicide bomber," said interior ministry spokesman Najib Danish, adding there were an unknown number of casualties.

Dostum, who is linked to a catalogue of human rights abuses in Afghanistan, was mobbed like a celebrity as he left the chartered plane from Turkey where he has lived since May 2017.

His return, which has been the subject of much speculation, comes amid violent protests in several provinces across northern Afghanistan, his traditional power base.

Thousands of Dostum´s supporters have taken to the streets in recent weeks, shuttering election and government offices and blocking sections of highways to demand the release of a pro-government militia leader and call for Dostum´s return.

Expectations of the return did little to quell the unrest, with protesters vowing Sunday to continue demonstrating until the burly leader of the Uzbek ethnic minority tells them otherwise.

"We don´t trust the government. We will continue our protests unless General Dostum tells us to stop," Ehsanullah Qowanch, a protest leader in Faryab province, told AFP.

Qowanch also repeated calls for the release of Nezamuddin Qaisari -- a district police chief and Dostum´s provincial representative in Faryab -- whose arrest earlier this month ignited the protests.

Another protester, Massoud Khan, said: "We have been on the streets for 20 days now. We are not going to stop our protests unless our demands are met." 'Known killer'

Observers say President Ashraf Ghani, an ethnic Pashtun, gave the green light for Dostum to come home to stabilise the north and secure Uzbek support before next year´s presidential election, which he is widely expected to contest.

Dostum left Afghanistan in May 2017 after he was accused of organising the rape and torture of a political rival.

He had denied the allegations and said his departure was for medical check-ups and family reasons.

Ghani in 2009 described Dostum as a "known killer". Yet he chose him as his running mate in the 2014 presidential election, underlining the sometimes uncomfortable ethnic realities of Afghan politics.

Presidential spokesman Haroon Chakhansuri said Saturday that Dostum had been "treated" and would resume his duties upon his return.

Seven of Dostum´s bodyguards have been convicted of the sexual assault and illegal imprisonment of Ahmad Ishchi, a former governor of the northern province of Jowzjan, in 2016.

Dostum allegedly had Ishchi abducted in Jowzjan and then kept him hostage in his private compound for several days, where the captive was said to have been tortured and sodomised.

Chakhansuri deflected questions about whether Dostum would face charges over the incident, saying "the judiciary is an independent body, the government does not interfere in their decisions".

Dostum is one of several controversial figures whom Kabul has sought to reintegrate into mainstream politics since the US-led invasion in 2001.

His heroic status in the north belies the barbarities for which he is known.

Dostum, who helped the United States oust the Taliban regime in 2001, allegedly allowed hundreds of Taliban prisoners to be suffocated in shipping containers. - APP/AFP