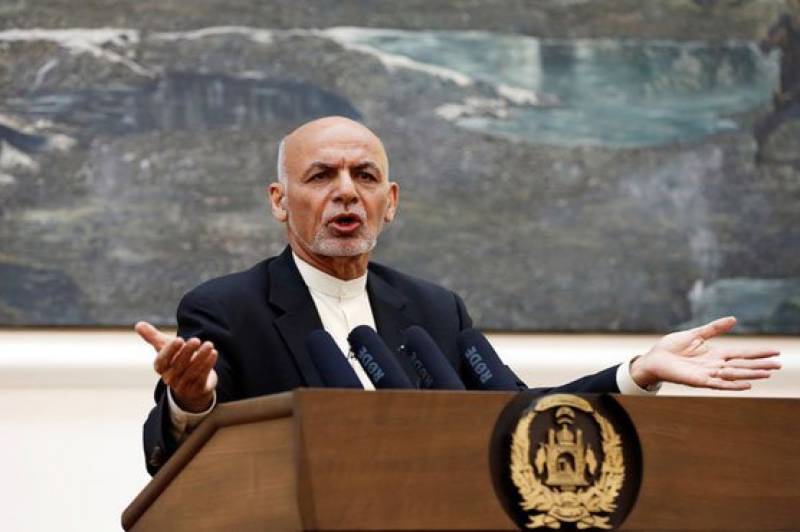 KABUL - Afghan President Ashraf Ghani may offer the Taliban a ceasefire during next month’s Eid holiday after the truce in June which saw unprecedented scenes of unarmed fighters and soldiers mingling on the streets of Kabul, a spokesman said on Saturday.

The announcement came amid growing speculation about the possibility of peace talks with the Taliban, following Ghani’s offer in January of talks without preconditions and the three-day truce during last month’s Eid al-Fitr holiday.

That ceasefire, which saw unarmed Taliban fighters on the streets of Kabul and other Afghan cities taking selfies with soldiers and police, raised visions of longer-lasting peace 17 years after the U.S.-led campaign that ousted the Taliban.

Ghani’s main spokesman Haroon Chakansuri confirmed a report in the Wall Street Journal this week that the government was considering a repeat of the truce during Eid al-Qurban, the second Eid holiday which this year falls on Aug. 22.

“There is the possibility that a ceasefire may be announced over Eid al-Qurban,” he told a news conference in Kabul. He said further details would be announced later.

The last Eid ceasefire came amid an increased diplomatic push to end the conflict, with the United States announcing it was willing to participate in Afghan-led talks with the Taliban and discuss the future of international forces in Afghanistan.

The Taliban refused an extension of the ceasefire offered by Ghani, who ordered Afghan forces not to conduct offensive operations for another 10 days after the end of the Eid holiday as token of his willingness.