Pakistan responds over the massive support from China over the FATF plenary session
22 Feb, 2020 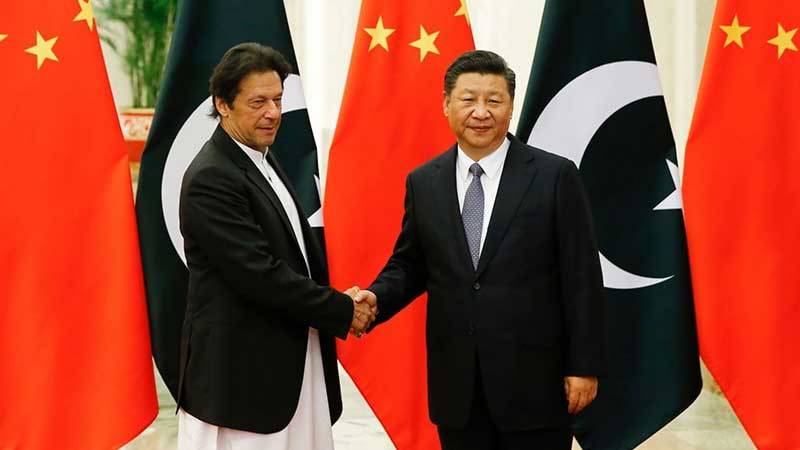 *ISLAMABAD - **Pakistan responds over the massive support from China over the FATF plenary session.*

*Adviser to the Prime Minister on Finance and Revenue Abdul Hafeez Sheikh thanked the Chinese government on their massive support in the Financial Action Task Force (FATF) meetings.*

The Adviser met Mr. Yao Jing, Ambassador of the People's Republic of China here at the Finance Division to review the preparations of the upcoming visit of the Chinese President Xi Jinping.

The Adviser and the Ambassador shared the details of progress of preparation of the upcoming visit of President Xi Jinping. The Adviser said that Pakistan values the relations with China highly and would welcome the President with highest respect and regards.

He also. The Adviser said that China and other brotherly countries have supported Pakistan throughout the process in terms of guiding the country to improve its frameworks.

The Chinese Foreign Ministry spokesperson informed on Friday that the Financial Action Task Force (FATF) has given Pakistan ‘more time' to implement its FATF action plan.

“Pakistan has made enormous efforts in improving its counter-terror financing system, which has been recognized by the vast majority of FATF members at its latest plenary meeting concluded on February 20 in Paris," said Foreign Ministry Spokesperson Geng Shuang's during the daily briefing.

“It was decided at the meeting that Pakistan will be allowed more time to continue implementing its action plan," he added.

The Chinese spokesperson further briefed that, China maintains that the purpose and aim of the FATF is to support countries' efforts to strengthen institutions against money laundering and terror financing and safeguard the international financing system. “We stand ready to work with relevant parties to offer more assistance to Pakistan in this area," he said.