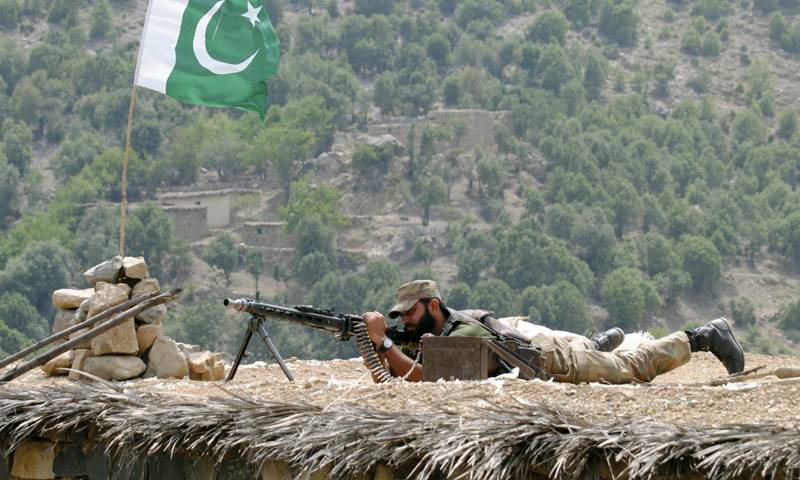 KARACHI: Indian army suffered heavy casualties and damage to its posts when Pakistan Army responded to ceasefire violation from across the Line of Control on Saturday, the Inter-Services Public Relations (ISPR) said.

The director general of the media affairs wing of Pakistan Army took to Twitter through @OfficialDGISPR to share details of the incident.

In the late-night tweet, the ISPR chief said: "Intermittent CFVs by Indian Army continue along LOC, being befittingly responded.

In response to CFV in Dewa Sector reports of damage to Indian posts and heavy casualties to Indian soldiers.

"No major exchange of fire in Kiran or Neelum valley as being propagated by Indian Media," the tweet said.