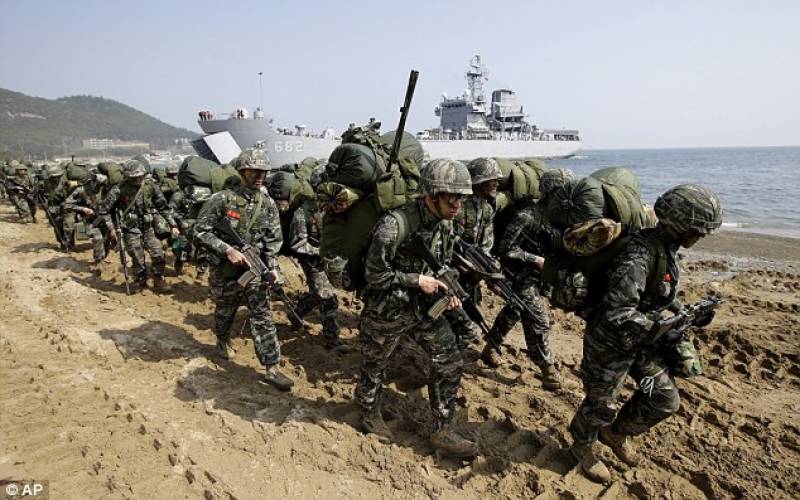 The two-week annual Ulchi Freedom drill, which plays out a scenario of full-scale invasion by the nuclear-armed North, is largely computer-simulated but still involves around 50,000 Korean and 25,000 US soldiers.

The exercise always triggers a rise in tensions on the divided Korean peninsula, and this year it coincides with particularly volatile cross-border relations following a series of high-profile defections.

Seoul and Washington insist the joint military drills are purely defensive in nature, but Pyongyang views them as wilfully provocative.

The North Korean Foreign Ministry on Monday condemned Ulchi Freedom as an "unpardonable criminal act" that could bring the peninsula to "the brink of war".

The Korean People's Army (KPA), meanwhile, threatened a military response to what it described as a rehearsal for a surprise nuclear attack and invasion of the North.