National Museum of Pakistan to be redesigned
22 Aug, 2016 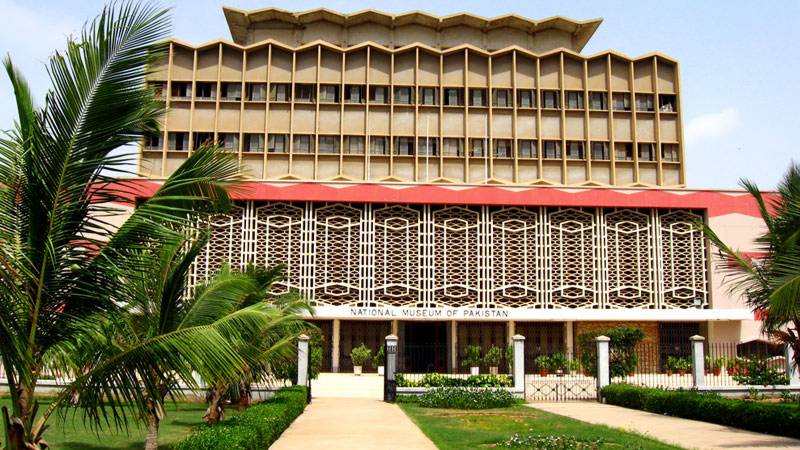 ISLAMABAD (APP): Department of Archeology and Museums (DOAM) has resubmitted the PC-I for the project of redesigning the National Museum of Pakistan (Islamabad) to the relevant authorities after making some amendments in it.

The project was earlier submitted to the Planning Commission by the department through the relevant ministry but sent back with some objections, asking to reduce the amount further upto Rs. Three million, said an official source of DOAM.

The lingering project of National Museum of Pakistan from the last nine years received Rs. 4.5 million only for its redesigning in the budgetary allocations of the year 2016-17.

The source said thousands of artifacts discovered from various historical places in the country or recovered by Customs were ruining due to absence of the proper museum facility in capital.

These artifacts were housed in warehouses of different museums while some were placed at the floors in different small rooms of the DOAM due to lack of space at Sir Syed Memorial Museum Hall, the source added.

After reducing land area and cost of the museum project, it was decided by the authorities to redesign the museum, wasting the previous efforts of land acquisition and amount spent on the designing of museum.

Giving the background, the source said after Independence, the national museum was established in Karachi, which was supposed to be shifted to Islamabad after becoming the federal capital.

A nucleus of the National Museum of Pakistan was established in a private house of E-7 Sector in 1994 but the project was rolled back in 1998 with shifting of the artifacts stored there to Taxila Museum.

Again in 2002, the nucleus of National Museum was established in a small hall of Sir Syed Memorial Building in Islamabad where only 145 selected artifacts of the previous museum could be housed, while the remaining were stored in Taxila Museum.

In 2008, the PC-I of Rs 13,569.589 million was submitted to the authorities but the project was suspended by the then secretary culture due to financial constraints.

The architectural design of the proposed National Museum of Pakistan was finalised through a competition soon after acquisition of 8.33 acres of land at Shakarparian from the Capital Development Authority (CDA) in the year 2009 but no further progress was made.

The DOAM again submitted PC-I amounting Rs. 55.577 million in September 2015 to the relevant ministry but not approved, the source added.