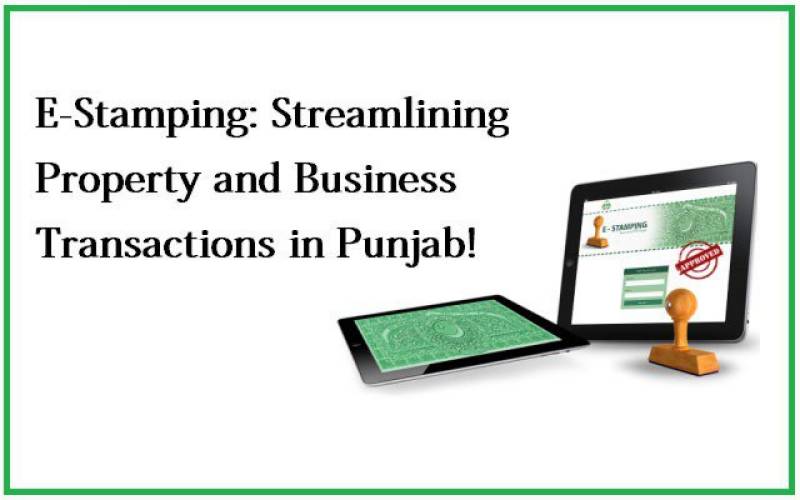 LAHORE: (APP) City District Government Lahore (CDGL) on Monday launched the E-Stamp papers system in the city with the aim to protect documentation of the properties of citizen.

This system will help eliminate the forgery in the properties registration and fake stamp papers in the provincial capital.

A launching ceremony was organized at the Town Hall which was presided over by DCO Lahore Muhammad Usman while ADC (R) Irfan Memon, DG E-governance Punjab Information Technology Board Sajid Latif, Sub Registrars and officials of Revenue departments attended it.

The participants were briefed by Sajid Latif about the features of the stamp papers. He said the Punjab government already introduced this system in 10 cities of the province which is successfully being run.

DCO Muhammad Usman said that this system will protect the properties of the people besides generating more revenue to the government. He directed the officials concerned to educate people about the system so that they could check their properties' status through online system.