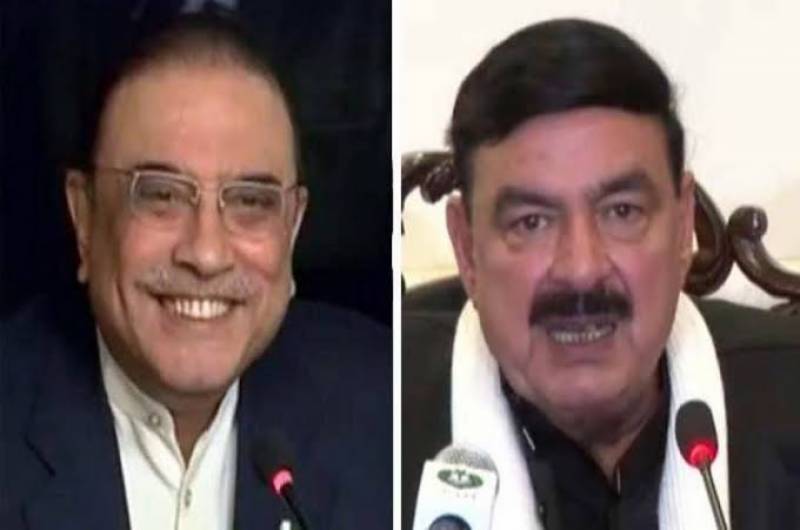 This he alleged while addressing Pakistan Tehreek-e-Insaf’s (PTI) public rally at Minar-e-Pakistan.

The former interior minister said Asif Ali Zardari is behind the deaths of Benazir Bhutto and Shahnawaz Bhutto, who was poisoned in Paris. Rasheed also alleged that Zardari after taking down Benazir Bhutto from his way took over the PPP.

He said the civil war will break loose in Pakistan if anything happens to Imran Khan.