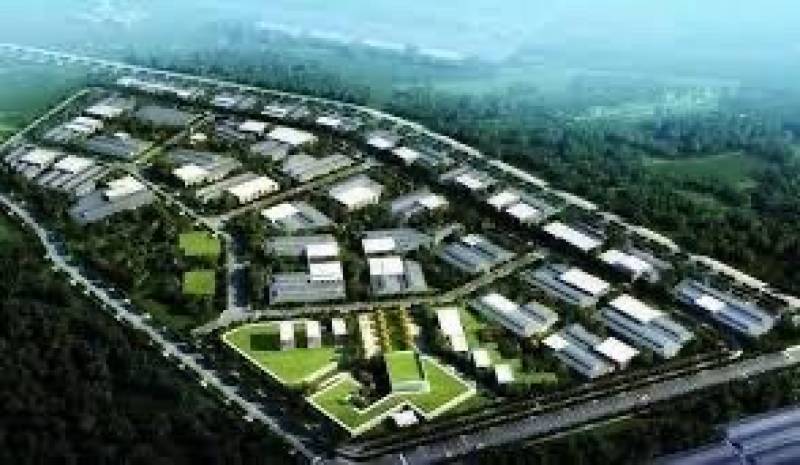 PESHAWAR - Despite substantial population growth, the Asian continent has achieved remarkable successes after shifting the engine of economic and industrial growth from Global North to Global South during the last few decades.

Resultantly, the flow of direct foreign investment (DFI) were diverted to Pakistan as evident from billions dollars multifaceted China Pakistan Economic Corridor (CPEC), a major component of China’s One Belt, One Road (OBOR) Initiative, which has entered into industrialization phase after signing of the landmark Rashakai Special Economic Zone (SEZ) Development Agreement between Pakistan and China.

However, Rashakai SEZ is holding a unique competitive advantage due to its proximity to first juncture of CPEC route, close location with Peshawar airport and ML-I besides a significant resource and manufacturing base in the entire region.

Conceptualized by the KP Economic Zone Development and Management Company (KPEZDMC), Rashakai SEZ is a flagship project of the KP Government that would be established on 1,000 acres land with collaboration of China on Peshawar-Islamabad Motorway (M1) in Nowshera district.

“The 1,000 acres land of Rashakai SEZ would be developed in three phases. The total area designated for Industrial use is 702 acres and as per Federal SEZ Areas Regulations, of which 159 acres would be developed in Phase I, 279 acres in Phase II and 264 acres in Phase III. Likewise, 76 acres land was allocated for commercial purposes,” said Spokesperson of Board of Investment (BOI), Islamabad while talking to APP.

The project with an expected foreign investment of US $128 million had been awarded SEZ status on August 6, 2019 before its Concession Agreement was signed in April 2019. On September 14, 2020, Pakistan and China signed the historic Rashakai SEZ Development Agreement in Islamabad, paving the way for construction of the mega CPEC project in Khyber Pakhtunkhwa.

The BOI spokesperson said the agreement has provided a comprehensive roadmap for establishment of Rashakai SEZ while holding the federal and provincial governments besides the developer jointly responsible for its timely development and completion on modern lines.

The project would be developed under Public Private Partnership (PPP) mode by KPEZDMC of the KP Government in collaboration with China Road & Bridge Corporation (CRBC). SPV Company of these two firms named Rashakai Special Economic Zone Development and Operations Company (RSEZDOC) has been created for implementation of the Devolopment Agreement on fast track basis.

The Spokesperson said Rashakai SEZ has been promoted to capitalize the investment inflow under ambit of CPEC, ensure inclusive economic development of KP, creation of job opportunities for youth, accelerating pace of economic and industrial development besides bolstering generation of the country’s exports.

“Significant progress has been made on the gigantic project and its ground breaking is expected during a high-level visit of the Chinese President this year,” he added.

He said Rs1.8 billion has been committed by the Government for provision of 210 Megawatts electricity, and Rs1.2 billion for 30 mmcfd gas from Federal PSDP.

The BOL Spokesperson said process of provision of required utilities, facilitation for allocation of fiscal incentives and concession to co-developer has been accelerated to ensure its timely completion.

He clarified that investors of Pakistan, China and any other country can make investment in CPEC SEZs. “BOI is ready to facilitate local and foreign investors through regulatory reforms and providing technical support for investment in SEZs.”

He said coronavirus has adversely affected industrialization in Khyber Pakhtunkhwa and urged the government to exempt engineering machinery from all taxes and duties to generate employment opportunities for youth and bolster the country’s exports in large scale. He said local industries would be flourished only by providing the same facilities as being provided to SEZs.

Manzoorul Haq, former Ambassador of Pakistan said most of modern SEZs in developed countries employ advanced technologies like robots, artificial intelligence and 3D printing and special courses in our polytechnic educational institutes should be introduced in order to take full advantage of SEZs.

He said establishment of academia–industry linkages and campuses of engineering universities in premises of SEZs would help open new avenues of research and provide work experience to our students in the fields of engineering, IT, industries and human resource management.

Abdul Karim, Special Assistant to Chief Minister KP for Industry and Commerce said Rashakai SEZ agreement was a landmark devolopment that would give enermous boost to the economic and industrial development of Pakistan.

He said signing of agreement was meant that the project had reached a substantial development stage and commencement of construction would start soon in large scale.

He said Rashakai SEZ is directly located on Peshawar-Islamabad Motorway and is linked with CPEC route through Burhan Interchange on M1 in a 20 minutes drive and 30 minutes of Peshawar Airport, which is of its unique advantage to become an international centre of trade and investment.

He said it would serve an export base to Pakistan, Afghanistan and Central Asian Republics (CARs) following construction of Peshawar-Torkhum Motorway and ML-1.

KPEZDMC has established an industrial facilitation center at Rashakai SEZ to provide timely services to industrialists, investors and keep liaison with the relevant departments under one roof, he said.

He hoped the project would create direct and indirect jobs opportunities for about 0.5 million people.