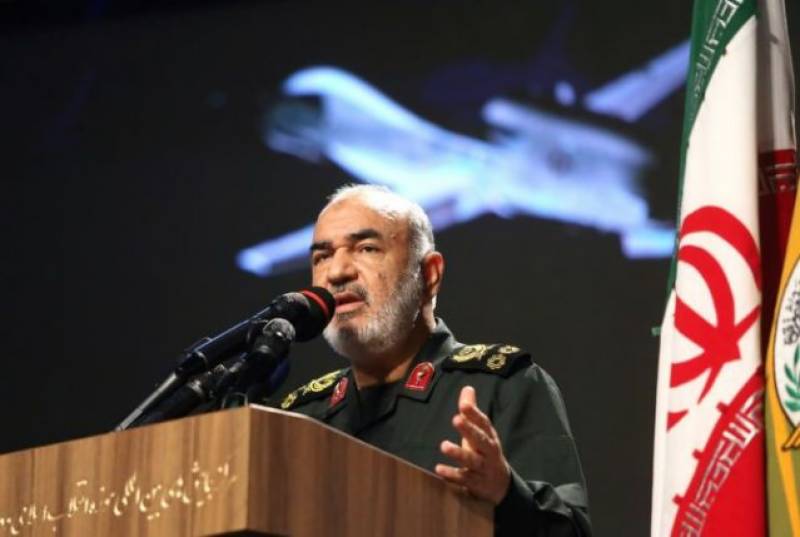 TEHRAN - Any country that attacks Iran will become the "main battlefield", the Revolutionary Guards warned Saturday after Washington ordered reinforcements to the Gulf following attacks on Saudi oil installations it blames on Tehran.

Yemen's Huthi rebels have claimed responsibility for the strikes but the US says it has concluded the attacks involved cruise missiles from Iran and amounted to "an act of war".

Washington approved the deployment of troops to Saudi Arabia at "the kingdom's request," Defence Secretary Mark Esper said, noting the forces would be "defensive in nature" and focused on air and missile defence.

"Whoever wants their land to become the main battlefield, go ahead," he told a news conference in Tehran.

"We will never allow any war to encroach upon Iran's territory.

"We hope that they don't make a strategic mistake", he said, listing past US military "adventures" against Iran.

Salami was speaking at Tehran's Islamic Revolution and Holy Defence museum during the unveiling of an exhibition of what Iran says are US and other drones captured in its territory.

It featured a badly damaged drone with US military markings said to be an RQ-4 Global Hawk that Iran downed in June, as well as an RQ-170 Sentinel captured in 2011 and still intact.

The Guards also displayed the domestically manufactured Khordad 3 air defence battery they say was used to shoot down the Global Hawk.

"What are your drones doing in our airspace? We will shoot them down, shoot anything that encroaches on our airspace," said Salami, noting Iran had defeated "America's technological dominance" in air defence and drone manufacture.

His remarks came only days after strikes on Saudi oil facilities claimed by Yemen's Huthis, but the US says it has concluded the attack involved cruise missiles from Iran and amounted to "an act of war".

Saudi Arabia, which has been bogged down in a five-year war across its southern border in Yemen, has said Iran "unquestionably sponsored" the attacks.

The kingdom says the weapons used in the attacks were Iranian-made, but it stopped short of directly blaming its regional rival.

"Sometimes they talk of military options," Salami said, apparently referring to the Americans.

Yet he warned that "a limited aggression will not remain limited" as Iran was determined to respond and would "not rest until the aggressor's collapse."

The Guards' aerospace commander said the US ought to learn from its past failures and abandon its hostile rhetoric.

"We've stood tall for the past 40 years and if the enemy makes a mistake, it will certainly receive a crushing response," Brigadier General Amirali Hajizadeh said.

The United States upped the ante on Friday by announcing new sanctions against Iran's central bank, with President Donald Trump calling the measures the toughest America has ever imposed on another country.

Washington has imposed a series of sanctions against Tehran since unilaterally pulling out of a landmark 2015 nuclear deal in May last year.

It already maintains sweeping sanctions on Iran's central bank, but the US Treasury said Friday's designation was over the regulator's work in funding "terrorism".

The "action targets a crucial funding mechanism that the Iranian regime uses to support its terrorist network, including the Qods Force, Hezbollah and other militants that spread terror and destabilise the region," said US Treasury Secretary Steven Mnuchin.

The Qods Force is the Guards' foreign operations arm, while Hezbollah is a Lebanese Shiite militant group closely allied with Iran.

It showed the US was in "despair" and that "the maximum pressure policy has reached its end," semi-official news agency ISNA quoted him as saying from New York. -APP/AFP