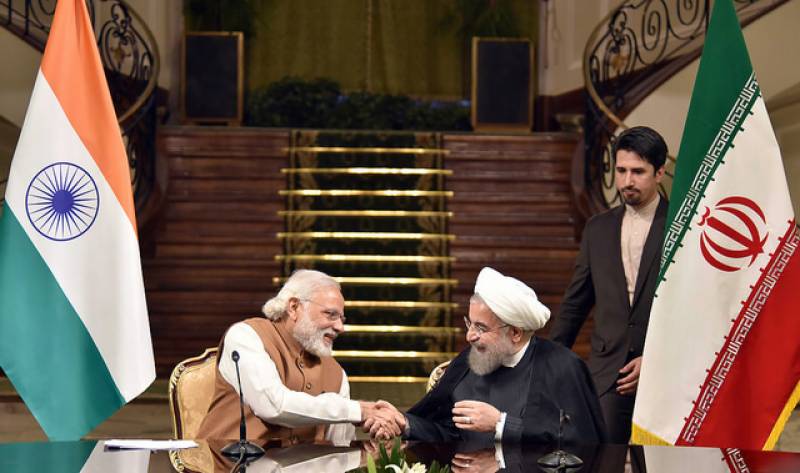 ISLAMABAD - Without doubt, the Indian government’s bold decision to revoke Article 370 of the Indian constitution, thereby ending the special legal autonomy Kashmir has enjoyed for over 70 years, has left Tehran in a difficult position. Fostering closer ties with New Delhi is important to the Islamic Republic, especially given that India is Iran’s second largest oil market behind China. Nonetheless, despite Tehran’s keenness to prevent Article 370’s revocation from severely harming its relations with India, the plight of Kashmiris is one that the Islamic Republic’s leadership believes it cannot ignore. Moreover, since Iran’s Islamic Revolution in 1979, officials in Tehran have consistently paid attention to Kashmir, viewing the Kashmiris’ struggle with sensitivity.

In contrast with the Persian Gulf’s Arab sheikhdoms, which have either supported link India’s abrogation of Article 370 or have had a muted response link, Iran has taken a position against New Delhi. Given the Islamic Republic’s tendency to balance positive relations with both India and Pakistan, its decision to oppose India in this instance is notable. It raises questions as to whether, and how, the elimination of Kashmiri autonomy could impact Iranian-Indian relations.

On August 21, Iranian Supreme Leader Ali Khamenei took to social media to call link on Indian Prime Minister Narendra Modi’s government to reverse its actions in Kashmir. “We have good relations with India, but we expect the Indian government to adopt a just policy towards the noble people of Kashmir and prevent the oppression & bullying of Muslims in this region.” Iran’s leader also placed blame on the United Kingdom, stating link that Britain’s decision to partition the sub-continent between India and Pakistan in 1947 created the current situation. In a phone call with the Prime Minister of Pakistan, Imran Khan, Iranian President Hassan Rouhani said link that “Kashmir’s Muslims must be able to use their own interests and legal rights and be able to live in peace,” while maintaining that there is no military solution to the crisis.

Other influential figures within the Islamic Republic have used stronger language in their condemnation of India’s government. Ayatollah Mohammad Alavi Gorgani called the abrogation of Article 370 a “major insult” and one that Islamic scholars and human rights organizations cannot respond to with silence. Ayatollah Mohammad Ali Movahedi Kermani called link the elimination of autonomy in Kashmir “an ugly act” on New Delhi’s part, warning Modi’s administration “to prevent confrontations with the Muslims” because “this is not his interest or the interest of the region.” Going further, Ayatollah Lotfollah Safi Golpaygani expressed link his view that Modi’s government would “stop its barbaric acts” in Kashmir if governments throughout the Islamic world responded to India’s “great crime” with greater unity. Recently, Ayatollah Nouri-Hamedani addressed link- Kashmir students, saying “if you want to secure your right, you must be prepared for martyrdom and fight.” He reminded his audience that Iranian clerics marched during the protests that led to the Shah’s ouster in 1979, maintaining that Kashmiri clerics must be willing to make major sacrifices too.

Notwithstanding the improvement in Iranian-Indian relations in recent years, Kashmir has caused friction between Tehran and New Delhi before. In fact, even prior to the Shah’s ouster in 1979, Iranian Islamists rallied in favor of Kashmiris, and future Iranian leader Ayatollah Ruhollah Khomeini delivered link a speech in Iraq in 1965 in which he declared that had it not been for a lack of unity within the greater Muslim world, “Hindus would not covet Kashmir.” Only two years ago, Ayatollah Khamenei stated link that “the Muslim world should openly support the people of Yemen, Bahrain, and Kashmir and repudiate oppressors and tyrants who attacked [them].”

As the situation in Kashmir continues to heat up, it may well continue playing out in Iran’s domestic political arena. The Iranian parliament’s presentation of a resolution link in defense of Kashmir, as well as public protests link against the scrapping of Article 370, showcase how many in the Islamic Republic are sensitive to the plight of Kashmiris whom they see as suffering under the tyranny of a Hindu fundamentalist government.

Most likely, the rhetoric from Iran’s Supreme Leader, president, and other influential figures is about catering to public opinion within Iran while also continuing the Islamic Republic’s tradition of shining a light on injustices in Kashmir in order to portray their regime as a leader in the wider Islamic world. Yet Iran’s leadership will probably be careful to avoid letting this issue significantly harm Tehran’s relationship with New Delhi, which has been increasingly important to Iran considering the role that India can play in terms of circumventing U.S. sanctions. -lobelog